Continue to Site
Intel has officially disclosed that the world-record performance of the Xeon Scalable Processors will now be made available for the next-gen expert workstations. This would enable photorealistic design, modeling, artificial intelligence (AI), analytics, and virtual-reality (VR) content creation.
Professional workstations are a key component to the creation of the immersive 3D VR media which is trending today. However, rendering such content is a time-consuming process demanding the highest performance workstations.
Companies like Technicolor are using Intel Xeon Scalable processors so as to push the boundaries of immersive media by accelerating the data processing and bringing the ultimate VR creation experience to life. Beyond VR, many organizations are taking advantage of workstations to accelerate creation and innovation.
Workstations give professionals a powerful productivity tool in the form of faster time to market with computer aided design tools and creating ultra-high definition (HD) and 3D content, improving medical care and driving faster financial trades and AI analytics. 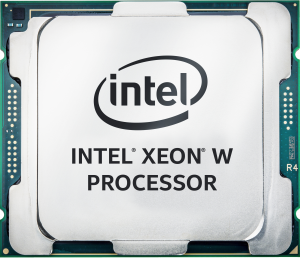 Intel Corporation is an American multinational corporation and technology company headquartered in Santa Clara, California. It is the world’s largest and highest valued semiconductor chip makers based on revenue and is the inventor of the x86 series of microprocessors: the processors found in most personal computers (PCs).
Intel supplies processors for computer systems and manufactures motherboard chipsets, network interface controllers and integrated circuits, flash memory, graphics chips, embedded processors and other devices related to communications and computing.
Filed Under: News
Tagged With: Intel, Technology