Now Thomas has settled on this supercapacitor theme, but right now it has taken some inspiration from the pop culture to produce garments that can cater as solar-powered batteries that would never needed to be plugged in.

“Such movie was the motivation,” says Thomas. “If you can introduce self-charging textiles or clothes, you can realize those cinematic fantasies – that is the finest thing.”

According to the recent research, Thomas and his UCF team members developed a ribbon-sort device that can harvest light, transform it into electricity and then store that electricity. The work is potentially reminiscent of research presented back in September. Scientists prepared a woven substance including two power-generating components –a triboelectric generator and fibre solar cells that releases energy through static electricity. But, such equipment did not have any energy storage component. 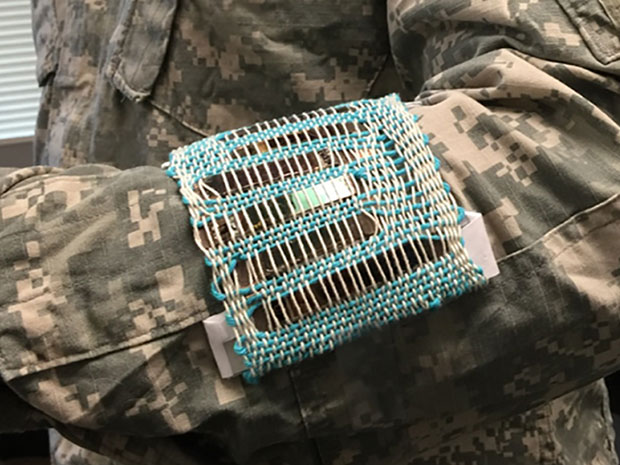 In the current research, a power generation element is linked to energy – storage layer. The ribbon incorporates a perovskite solar cell with a supercapacitor through a copper ribbon that functions as a shared electrode for direct transfer of charge. Supercapacitors are progressivelybeing considered a viable substitute for powering numerous of things that now rely on batteries. But, there is a bit of trade-off. Though supercapacitors can generate a big volume of energy very efficiently and can be rapidly recharged, they rest in comparison to batteries when it comes to stuffing large volumes of energy and releasing it over a long time stance.

An innumerable research has gone into maintaining that rapid charge-discharge potential while beefing up super capacitor’s energy density. In estimations taken by the UCF scientists when the flexible solar cell ribbon was exposed to augmented sunlight, the perovskite solar cell accomplished a 10 percent energy conversion ratio and the supercapacitor had a particular capacitance of 1193 farads per gram (F/g). To offer you some context, a readily available supercapacitor has a particular capacitance of approximately 100 F/g.

It implies that the ribbon when functioning like a solar cell, can release electricity pretty effectively. And when it is about supercapacitor, it stores energy for a much longer period than usual supercapacitors but still remains pretty short on the capacity as compared to the chemical – based batteries.

In illustrating the technology, the scientists prepared filaments from the ribbon and then structured such filamnets into a square of yarn utilizing a loom. In virtual application, more advanced weaving methods would be utilized, but the principle would be similar – the filaments would be woven into the substance. Thomas also stated that by adding a couple of sets of ribbons in parallel and linking these sets in a series, it is feasible to offer enough power to trigger a radio for 10 minutes.