Mostly platinum is used as a catalyst in the process of electrolysers that store electric energy in form of chemical compounds. It is also known for playing a crucial role in formation of fuel cells, multiple chemical processes, and catalytic converters. A team of researchers from the Aalto University led by Kari Laasonen and Tanja Kallio developed a new manufacturing procedure for electrocatalysts that consume just 1/100th amount of platinum used in production of commercial products. Platinum is known for being a very costly material and is thus one of the biggest obstacles in renewable energy development.

The process accomplished with use of new material is very much similar with that to commercial products. Platinum happens to be a very expensive metal that this smaller its requirement more cost-effective is the process of manufacturing and production. The new process uses some special features of carbon nanotubes. Kallio explains, “When platinum is electrodeposited on the surface of carbon nanotubes, it forms particles consisting of a couple of atoms. On other materials, such as graphene, platinum forms larger nanoparticles. We believe this is because the carbon atoms of the curved surface are in a strained state, which makes them prone to stabilizing platinum on the surface of the nanotube. This ensures that the platinum atoms form small and catalytically active particles. Our modelling showed that the more strained the carbon bonds are, the better the stabilization of the platinum. Smaller tubes are more curved, which makes the strain greater, so the diameter of the nanotubes is also important.” 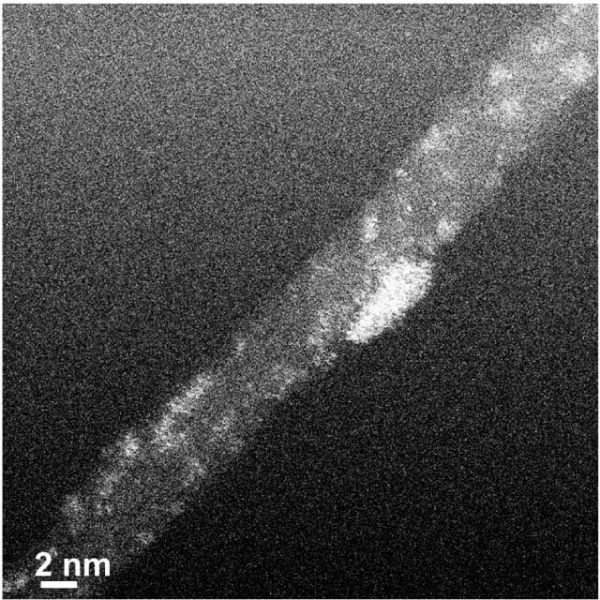