Humans live in an analog world which they study and understand as a digital world.

Humans collect information about the nature and organize it as ‘science’. The very foundation of science i.e. organized knowledge about understanding of nature and natural phenomena, is based on language and mathematics. Any branch of science involves identification of entities, their attributes, associated events and mathematical analysis of those attributes and events. Such structural analysis of nature and natural phenomena begins with quantification of physical things and their properties, i.e. representation by name and properties of things and events as discrete information (words) and measurement of every possible property in numbers. This is the basic nature and method by which the humans explore the world.

The electronics too have no different way to represent, maintain and analyze information. Any information can be either discrete like names of things, events and properties or can be continuous which then require measurement by comparison to a standard unit, quantification and representation in numbers.

The representation of discrete information requires use of a language. For representing discrete information like names of things, events and properties, any language has a set of symbols which are organized in a fixed and unique order and pronounced and written by a set of rules, so that a thing, event or its property is identified by a unique name or word.

So, to represent any information in this world, it is first required to have a set of symbols and digits. The symbols to form words (names like names of things, their properties, events and units) and digits to form numbers. Like humans did so by using language and mathematics, in electronics, it is done with digital electronics. 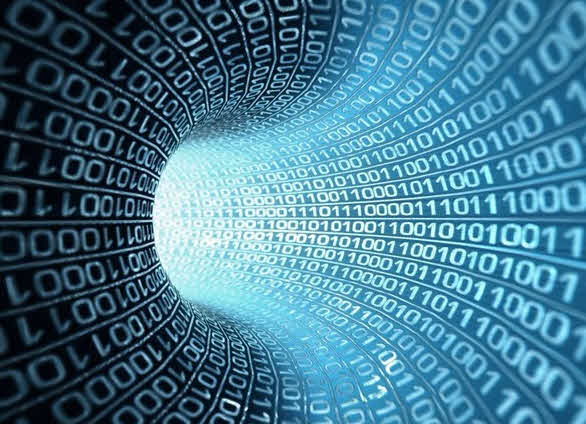 So, the digital electronics is all about electronic circuits that operate and manipulate on two voltage levels (HIGH and LOW) and can perform numerical and logical operations on these two voltage levels to actually process real world information (represented symbolically as bits and bytes) for mathematical and analytical  study. Since, the digital circuits represent every information in bits which can have a value from set of two voltage states (and that can be represented mathematically by two numbers 0 and 1), digital circuits and systems are binary systems. The set of symbols (to represent information) is referred as encoding scheme or code system in digital electronics as well as (so in) computer systems.

There are many number systems in use, commonly decimal, octal and hexadecimal. The numbers in any number system can be converted to binary system and so represented in binary form, and so in digital electronic form. The digital circuits are used in every application from computers, telephony, data processing, radar navigation, medical instruments and consumer products wherever computing of some sort of information is required.

,    . In this, left of the decimal point represents the increased positive power of 10. Likewise for the fractional number part, the weight of the number becomes more negative as moved from left to right as

The value of any decimal number will equal to sum of its digits multiplied by their respective weights. For example, if N = 7245 in a decimal format is equal to

Where it can also be written as,

Fig. 4: Weights of a decimal number

Though, the popularity of decimal system should be accredited to the concept of zero. The zero was first introduced in the decimal system only. It was a revolutionary concept to represent void or nothing. The Zero allowed representing no weight at a position in a numerical notation of a number. This greatly eased performing arithmetic operations on numbers (particularly multiplication) which was probably beyond imagination before that.

In the binary numbering system, a binary number such as 101100101 is expressed with the string of 1’s and 0’s with each digit along the string moving from right to left having a value twice that of the previous digit. But as it is a binary digit it can only have a value of either 1 or 0 therefore, q is equal to 2 with its position indicating its weight within the string.

In the digital system, each of the binary digits is called a bit and group of 4 and 8 bits are called as nibble and a byte respectively. The highest decimal number that can be represented by n – bits binary number is 2n – 1 (beginning with zero). Thus, with an 8-bit binary number, the maximum decimal number that can be represented is 28 – 1 = 255.

When the computers started using 8-bit, 16-bit and 32-bit words, the hexadecimal numbers become a way to concisely represent their binary representation. Like, a 8-bit word can have maximum value – 255 which in hexadecimal can be represented as FF. The ‘F-F’ is concise representation of 8-bit word – 1111-1111 where each hexadecimal digit can be directly converted to binary form.

1) Decimal to Binary Conversion –  An easy method of converting a decimal number into a binary number is by dividing the decimal number by 2 progressively, until the quotient of zero is obtained. The binary number is obtained by taking the remainder after each division in the reverse order. The procedure for decimal to binary conversion is described in the following example –

If the decimal number is fraction, its binary equivalent is obtained by multiplying the number continuously by 2, Noting down the carry in the integer position each time. The carries in the forward order give the required binary number.

Reading the remainders from bottom to top, the decimal number (444)10 is equivalent to octal (678)8.

Reading the remainders from bottom to top, the decimal number (115)10 is equivalent to the hexadecimal (73)16.

5) Octal to Decimal Conversion –  The conversion from an octal to decimal number can be done by multiplying each significant digit of the octal number by its respective weight and adding the products. For example, the octal number (237)8 can be converted to decimals as follow –

The code systems are fixed set of symbols (including digits) that can be used to represent information. The American Standard Code for Information Interchange (ASCII) is the most common format for text files in computers and on the Internet. In an ASCII file, each alphabetic, numeric, or special character is represented with a 7-bit binary number, so 128 symbols (characters) can be represented in this system. UNIX and DOS-based operating systems use ASCII for text files. ASCII was developed by the American National Standards Institute (ANSI). 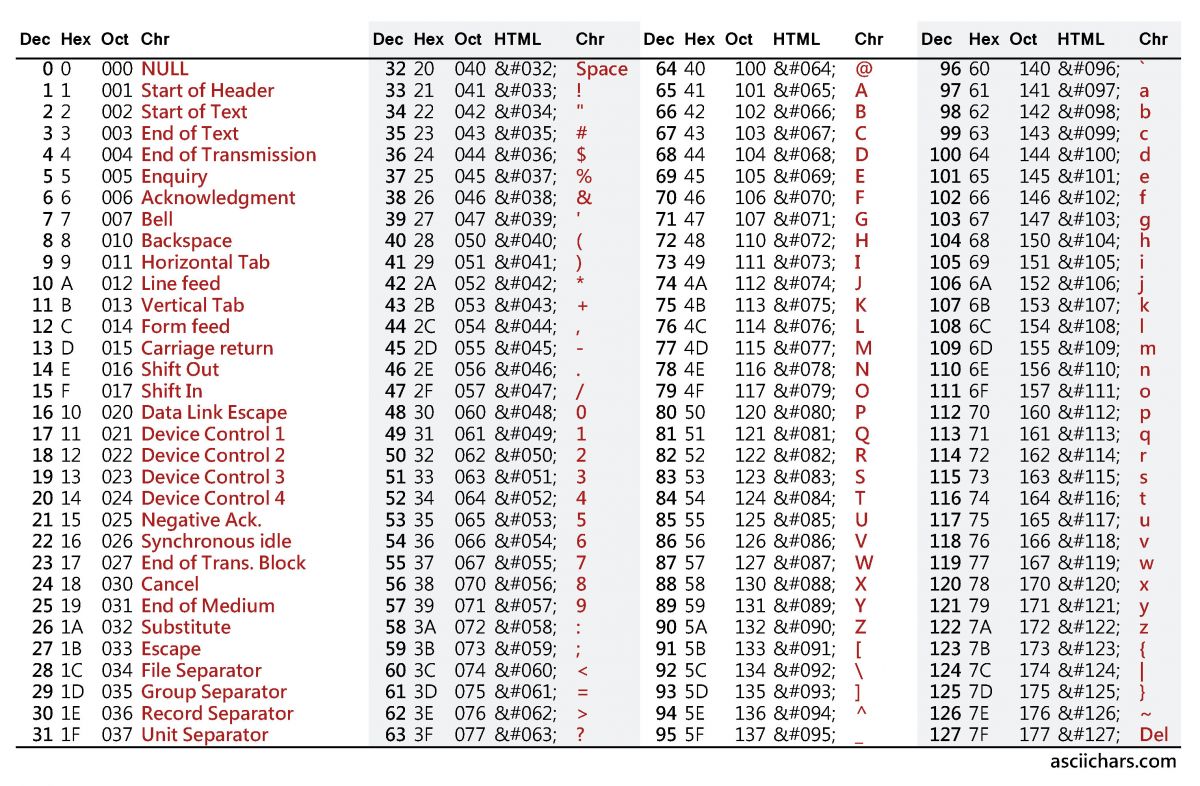 The ASCII character code can only be used to represent information in English alphabets, decimal digits and some special characters. Therefore, there was a need for a code which can accommodate characters and symbols from other languages and scripts. The Unicode Worldwide Character Standard is a system for “the interchange, processing, and display of the written texts of the diverse languages of the modern world. The Unicode standard contains 34,168 distinct coded characters derived from 24 supported language scripts. 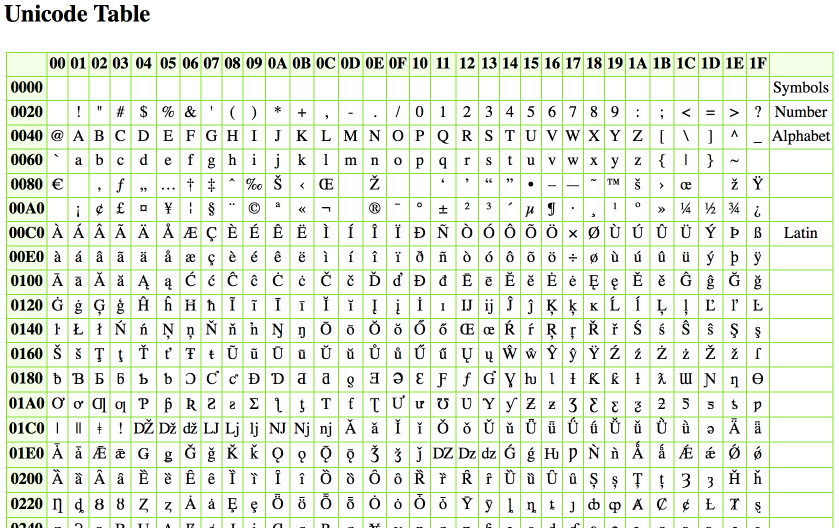 Extended Binary Coded Decimal Interchange Code (EBCDIC) is a binary code for alphabetic and numeric characters that IBM developed for its larger operating systems. It is the code for text files that is used in IBM’s OS/390 operating system for its S/390 servers. In an EBCDIC file, each alphabetic or numeric character is represented with an 8-bit binary number and there can be 256 maximum symbols represented.

In the next tutorial, learn about arithmetic operations on binary numbers.