Ever tried to count how many things around you have electric motor at its heart? The list is endless, starting from your clocks, cars, washing machines, DVD players, vacuum cleaners to hair dryers – most of the electric appliances around us have electric motor inside them. In case your heart is filled with gratitude for its inventor and you want to flip through the pages of the past to know how electric motor was invented, read on…

Like many other creations, this one was also a result of many brilliant and inquisitive minds. The foundation of electic motor invention was only laid after battery, magnetic fields from the electric currents and electromagnet made their way. Throughout the world, there were many inventors who passionately worked towards developing solutions in the electrical science field.

The first electrical motor is known to have been a simple electrostatic motor fathered by Andrew Gordon in 1740s. Later in 1820, Andre-Marie Ampere discovered the Ampere’s force law – the principle that explained mechanical force production by interactions of magnetic field and electric current. This idea was further shaped into a reality by British chemist and physic, Michael Faraday. The man has been known for his electromagnetic induction discoveries and this certainly was one of the major breakthroughs in the field of electrical science.

Born in a poor family, this genius was an inquisitive soul from his childhood. To make his living, he used to work in bookbinding store in London. His passion for reading made him go through each book he bound. He was so fascinated by all this that he wanted to have a book of his own one day. Who would have thought that his passion and enthusiasm for reading would help him get a greater grip on his interest in the concept of force? This habit helped him while he was inventing at the later stage in his life. Using electromagnetic means, Faraday demonstrated conversion of the electrical into mechanical energy.  He did this by dipping a free hanging wire in the pool of mercury while placing a permanent magnet on it. On passing current through the wire, it rotated around magnet demonstrating that the passing current raised circular magnetic field around wire.

Though such a primitive motor was unfit for the practical use and could be merely used for demonstration in the physics classes by substituting mercury with brine, this laid foundation for this great invention. A curious mind and inspiration lead this man to build the basis of a great invention.

In 1827, Anyos Jedlik experimented with the electromagnetic coils and also solved many technical problems associated with the repeated rotation by introducing commutator. He called his device electromagnetic self rotator. A year after this, Anyos showcased his first machine that he claimed had three major components – rotar, commutator and a stator.

Some years later in 1832, William Sturgeon introduced first ever commutator DC electronic motor. Following the footsteps of Sturgeon, Thomas Davenport created a DC motor for commercial purpose. His machine could power the printing press as well as powered machines. But unfortunately because of high battery power cost involved Thomas became bankrupt. And due to these cost issues involved, the machine could not be used commercially.

1855 yet again Jedlik tried his hand at making the machine work and applied the same principles as his electromagnetic rotors.  Finally the first commercially booming machine was introduced by Zenobe Gramme in the year 1871. He introduced an anchor ring dynamo that took care of the double-T armature pulsating DC issue. Further in 1886, Frank Julian Sprague first feasible DC motor, this machine could maintain constant speed even under different loads.

After Francois Arago’s effort to put together rotating magnetic fields also known as Arago’s rotations in 1824, many other inventors made an effort to develop working AC motors in 1880s – Nikola Tesla and Galileo Ferraris developed rotating AC motors. But Ferraris’s motor was declared to be weak to make a commercial motor.

In the year 1888, Tesla presented a paper on alternating current transformers and motors. George Westinghouse bought Tesla’s patent and also hired him for developing them while CF Scott assisted him. Like many other glitches that make creation a bumpy task, the consistent speed of the AC induction was not considered to be suitable for the street cars. Westinghouse’s smart hires – the engineers working on its development adjusted it for powering mining operation in Colorado in the year 1891. 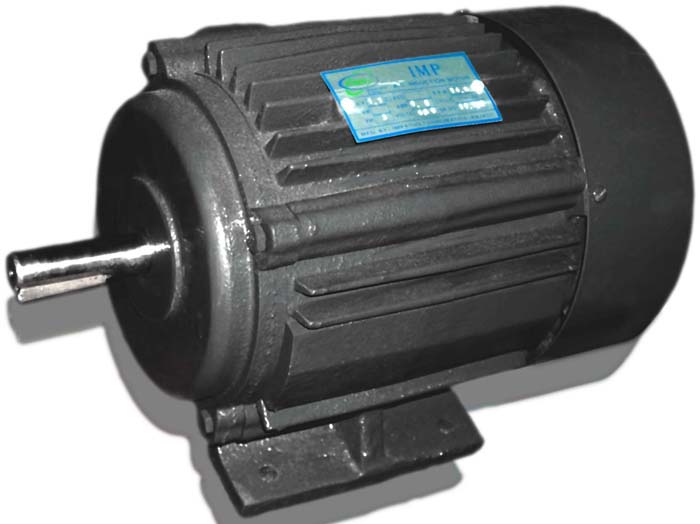 In the year 1886, an American industrialist named Sprague, introduced the first ever consistent speed DC motor. This allowed his company to issue world’s industrial electric motor catalogue. And soon in the year 1889-90, a Russian inventor and engineer Dolivo-Dobrovolsky introduced first ever cage-rotor versions of a three phased induction motor. Interestingly, these type of motors are used till date for the commercial purposed. Driven by his own invention, Dobrovolsky made a claim that motor by Tesla was unfit for practical use due to two phased pulsations.

It’s amazing to witness how conventional motors have progressed to be strong horse powered motors of today. Most of us would say we don’t see this wonder invention everyday just as we see other inventions around us. Think again! This underestimated invention is part of most of the electrical devices we use today.