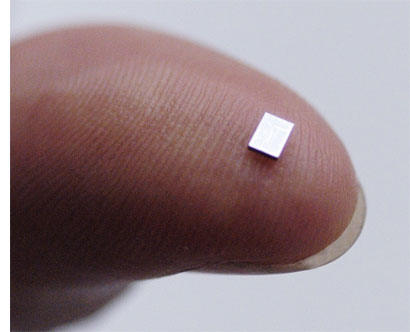 We all are a part of the tech savvy century where our lives are comforted by various machines. Whether it is cell phones, laptops, dedicated servers, motion detectors, digital watches, ATMs or videogames, technology is all around us. The diverse inventions have certainly made our lives simpler, easier and entertaining. But do you know what is common in all these machines? The common thing is the electronic heart of these machines- integrated circuit. As vital as a heart is to human body, the integrated circuit is a lifeline of these machines. Let’s have a rendezvous with people who offered this electronic heart to the world.
Jack Kilby is one of the heroes from the success story of microchip. Among very few who really thought of giving something to the society that could truly transform the way it works, Kilby was one of them. He had an important role in offering a breakthrough to the technological world. Like all other champions, Kilby was keen to explore the world. His world of exploration was the world of technology where he developed ceramic base circuits with silk screen to fit the electronic products. And soon his zeal to improvise led to earliest electronic circuit which almost half of paper clips’s size. While working at the Texas Instruments, he had designed thing platform made of crystal and this worked as sole processing system for connecting various components like capacitors, resistors and transistors. Earlier connected with wires, the chip helped in avoiding entangling, enhancing processing speed. He kept a foundation stone in the invention of microchip in 1958.
Jack Kilby initiated various commercial, industrial and military microchip applications. He lead the teams that were involved in earliest computer with integrated circuit and military systems. Not just this, Kilby has around 60 patents in his name. National Medal, hall of fame and so many patents, he had everything a person could ask for. But microchip’s success is not just his; there are others also who had the same curious mind and wisdom that made journey of the integrated circuit from a crude invention to a huge market.
Before big shots like Google, Apple, Microsoft or any other dotcom contributed to microchip, a group of young fellows sowed its seeds. Interestingly, it all started with their hatred; hatred towards their boss. Many of us dislike our bosses but what was different in these young fellows’ case was that the hatred worked as an inspiration for them to come up with something as great as an integrated chip. It was group of eight men, all with one thing in common- dislike against their boss, who decided to start a transistor company. And the leader of group was Robert Noyce. The young fellow was known as Rapid Robert due to his fast and witty mind which was proved right when came up company called Fairchild Semiconductor. By polishing his business skills, he along with his team had made huge profits and a company with around 11,000 employees in just a decade.
Then in 1959, this ordinary man with extraordinary passion gave earliest integrated circuit to the world. It was just one of the 17 patents that are awarded to him. The earliest integrated chip which was commercially available also came from his company. Individual transistors in computers were replaced by chips.  And In 1968, this young man along with his co-founder friend Gordon Moore from the company started a small company known as Intel. It was his leadership skills and hardwork that helped Intel drive from a small company to one of largest companies of semiconductor chip today.
Noyce’s idea of success was different from general view. He thought small companies to better and fun than the big ones and he also thought the people in the small companies cooperated more and worked harder. So he quit Intel in year 1975 and diverted his attention to the upcoming companies. He kept changing companies after serving on their boards and offering the seed money. He believed by doing so he was refilling stream from where he had originally fished from. His idea of success was different and he stood by it till the end of his life.
Both Noyce and Kilby had compassion which was the driving force throughout their journey as inventors. After a long legal battle between Kilby and Noyce, a decision of cross licensing was taken by both. Together they created global market worth trillions. Undoubtedly microchips have come a long way, the advanced versions or the cores are being used to control mobile phones, ovens, computers and other electronic too. After witnessing improvements all these years, microchips have surely transformed the world.
Filed Under: Invention Stories
Tagged With: invention, microchip