Continue to Site
In our daily lives, we come across so many real life instances of IoT technology. Apparently, the IoT industry is experiencing a boom at the present moment. Owing to this enormous growth and fruitful potential, many tech giants like IBM, Cisco, and Intel are investing huge amounts in this technology. Besides, many creative startups are also trying their luck in this field to maximize their profits in the ever expanding market. 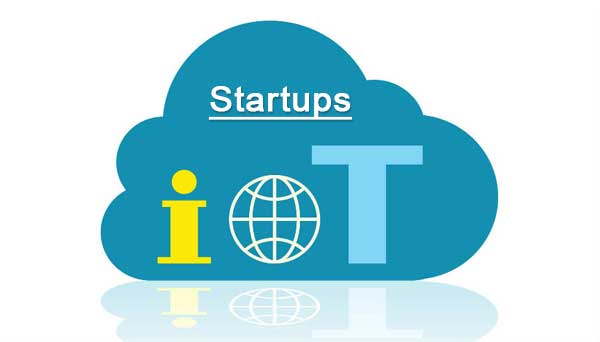 Whether it’s about catering to the individual needs or to address the large-scale business operations, startups have been taking care of almost all the sectors. Even though numerous new startups are established every year, only some are capable of surviving the stiff competition.  Here we are listing out 15 IoT startups that have achieved a lot within just a couple of years of being established.

• IoT Gateways: These include industrial and Vehicle gateway that securely connect sensor data to the company’s cloud. Key features include Wi-Fi and built-in cellular connectivity, flexible interfaces that connect to a variety of sensors and storage.

• Environmental Monitors: These capture sensor data in an easy-to-install and zero-configuration wireless offering. With all the models, features such as real-time data streaming and built-in storage to log data when disconnected.

Notion caters to the home automation, wireless and IoT technologies. The startup offers an all-in-one sensor that carries the same name i.e. Notion. These sensors can be easily installed at almost any corner of your house including doors, windows, and ceiling. The device is equipped with 8 senses namely- light, motion, sound, natural frequency, acceleration, temperature, angular rate and water.

The users can use Notion in three simple steps. Firstly, the bridge is plugged into the socket that connects to the Wi-Fi. After that, the sensor is placed at the desired spot and Wi-Fi connection is enabled. Once the installation is completed, all the information is displayed on the app on your smartphone. The device can detect water leakage, regulate temperature, fire alarm and breaking of the window pane.

The startup was honored with Colorado Technology Association’s Startup of the Year 2015 APEX award. Besides, the Bluflux team was also associated with Google’s Advanced Technology and Projects (ATAP) Group for Project Soli.

WigWag connects all the smart devices together to form an ecosystem so as to automate simple tasks. The products include WigWag Relay and lighting kit along with a smartphone app that can be availed by both android and iPhone users. The user has to simply plug the relay and download an app followed by which he/she can control all home appliances and also set the lighting as per the mood.

The platform is built on an open-source runtime device JS that reduces the complexity of competing IoT device protocols. It also offers unified IoT programming language which in turn helps in building IoT applications and devices. The Relay is upgradable and works with various brands and protocols.

Greendbird offers IT advisory services and integration solutions for private and public enterprises through its Metercloud framework. It Metercloud.io is a package of big data integration and configurable business integration processes for smart metering, smart cities, and industrial IOT. The following services are performed by this platform:

Metercloud is claimed to be the future of digital utilities to support new consumption profiles and emerging market models. It renders a communication layer between all sorts of meters, appliances, generation facilities and accounting systems.

Elliegrid is a pill-box, designed particularly for old individuals, who have a complex medication, so as to help them keep track of their medicines and supplements. The box has got different columns to sort out each kind of pill and buzzes a reminder alarm each time the user is required to take the medicine.

To use Elliegrid, the user simply has to fill in the details through an app and then the device starts notifying about the intake of medicines. It also sends a message to your loved ones in case they forget to open the box at the scheduled time. The campaign has raised USD 43,054 by now and the team is currently focusing on building the tool for manufacturing. The first batch is likely to be manufactured by February 2017 while deliveries would start by May 2017.

Droplit renders a layer of 5 APIs to help you link your IoT device with the user application. These APIs include an SDK (software development kit), conduits to connect other clouds, REST and webhooks for backend and web sockets for the frontend. It lets the user build the model, connect any device irrespective of its protocol, control it through REST API and then avail rich device integrations.

It’s a fast, powerful and intuitive experience for the developer which allows them to enjoy a command over the world of IoT. Users can avail the portal and other tools to deploy its open source edge hub software and configure device communication with programmable behavior engine. It’s easy-to-learn, carries a reasonable cost, and is architected by security experts ensuring scalability.

Lexumo basically helps you find out the open source components in your code and then find the vulnerabilities so as to fix them. Lexumo works in 4 steps given below:

• Searching for the vulnerable open source components in the code

• Providing code-level instructions to patch the software without breaking dependencies

It aids the developers to remove the open source vulnerabilities in their code while complying with the license requirements. The company has raised $4.9 million of funds from the reputed cyber security investors and has been recognized as an IoT Company to Watch as well as a Machine Learning Startup to Watch.

Ananse is a cloud-based platform to connect smart devices of any brand with various data sources like social media, email, calendar, etc. With this platform, one can build his/her own automation of smart devices by intelligently linking them to each other and establishing work flows as per the user-defined instructions.

The aim is to bridge the gap between multiple brands and standards, thereby rendering a seamless and consistent user experience. Not only it serves as the foundation for personalized IoT automation, but also aids smart city or smart office infrastructures. Fitbit, Nest, Amazon’s Alexa and Philips Hue are some of the clients of the startup.

Litbit is the original creator and primary driver of Apache lota open source project, which is used as the core of the company’s orchestration platform named RythmOS. It enables you to connect and share encrypted data on the clouds and automate IoT without having to work on the code. It works in combination with some apps namely Maestro, Vitals and Intellect.

Skycatch offers a platform for enhancing and commercializing drone technology. The startup renders drones, software as well as the integration platform which enable the user to use drones as a construction site toolkit containing a drone, a flight app, and a viewer. It captures data with the help of small, autonomous aerial robots as per the area defined in the app and then the results can be seen through the viewer.

The rendered services can cover large geographical areas and can be equipped with a wide range of sensors as per the customer’s needs. It can also work in challenging weather situations. The aim is to integrate drones with IoT technology in a way that it becomes as common as a surveyor transiting on the sites. Apart from construction, the service can be used for automation as well as for relief measures as a part of disaster management.

IoT Smart System is a startup that aims to cater to the video-related services on the IoT platforms. The company treats video as one of the many sensor streams required by a full-fledged IoT app for which it offers a service named LiveCast. It offers solutions through two apps called Duetto and Duo, offering low latency and high-quality, real-time streaming of incoming audio and video. The former is meant for mobile devices (including drones, smart glasses) whereas the latter is meant for the desktop.

The services offered by this startup can be summed up as follows:

• Integration of live video, sensor data, and Man Down alerts from mobiles and tablets

IFTTT, aka “If This Then That” offers a free web-based service so as to allow the users to create chains of simple conditional systems known as applets. There is a wide range of applets related to a diversified list of fields like social media, education, home automation, IoT, music and so on. The user has to click on turn on and then link his/her user account to the platform and after that, it would start notifying the user about the selected service.

Some of the featured services built using the IFTTT platform include the following -:

• Indoona : Get notified about a new file in the Dropbox or rise in room temperature, send a URL, or add a new song to the playlist all through chat

• Muzik : It is the world’s first smart and connected headphone. Apart from changing the tracks and controlling volume, one can also operate the Philips Hue lights, set temperature of the nest thermostat.

These applets help in bringing various services together and perform functions like automation simple tasks and transform the way humans interact with the home appliances and devices. The clientele of IFTTT comprises Dropbox, Nest, Fitbit, Philips Hue, BMW and many other companies.

Zscaler’s internet security platform renders comprehensive internet security and offers compliance with all IP-based devices. It provides two essential services in the form of internet access and private access. The former inspects all the traffic and prevents data loss as well as blocks potential threats. The latter ensures secure access to internal apps and minimizes the attack surface.

The company serves over 5,000 private enterprises as well as government organisations by protecting them against cyber attacks and data breaches.  It claims to provide cost-effective protection for multiple internet-connected devices.

This startup sells its main product by the name ‘Loop’. It’s a cloud-based platform which connects the devices on one side with applications on the other side. You can connect your device, monitor it, build applications, and make use of database; all this without coding even a single line.

You may read our blog and article section for more topics on electronics engineering, industry, and technology.