Well, here is a technology, which is wearable. Literally! It’s an LED shirt which lights up when you are in vicinity of a technical device. It might sound like one of those random tshirts with light on it, but read on to be amazed. Matt Martin designed this amazing shirt which tells us that we are always surrounded by technology. It might be wireless or invisible, but we are always connected. He calls it, The Wearable Beacon. Aptly named, don’t you think so. A trail of LED lights can be seen when near a Bluetooth device. 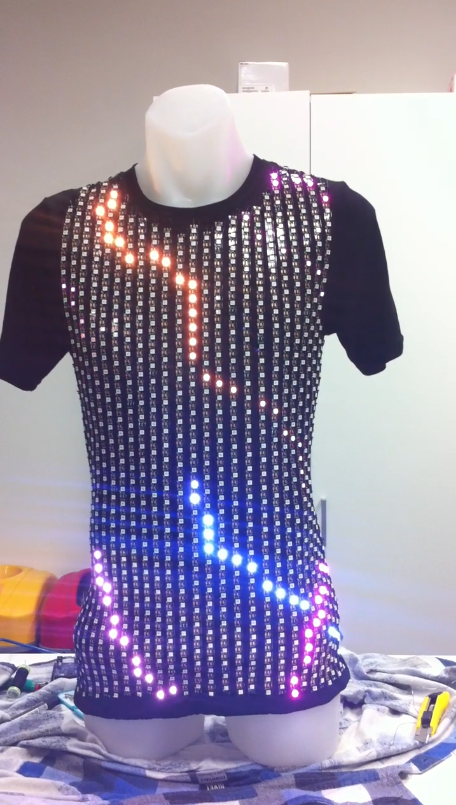 The shirt is fixed with 31 NeoPixel strips, which amounts to 1056 pixels. They are connected to an Arduino Yun, Mega and a Bluetooth Mate. Arduino picks up the signals from various devices and sends this information to the Mega. Which in turn creates animated light for each device.

See the video and get an idea about how it works.

We think its pretty cool and a great conversation starter!