Do you know there are several nations where the name ‘Volvo’ stands only for luxurious air conditioned buses. Such is the repo of this Swedish automotive brand that has proved its mettle for offering the most comfortable buses. In past few years, buses have continued to be instrumental in bringing down traffic congestion and curbing pollutants amount that are belched in the air. This success has inspired several cities and government bodies to adopt public transportation infrastructure. Volvo too has played its move to gather more part of market and has brought forth its latest submission in form of the longest bus in the world. 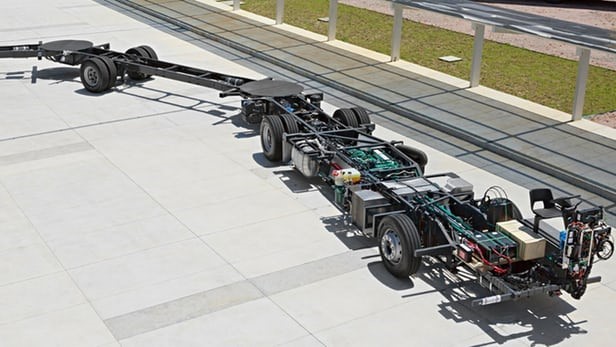 The launch was witnessed by Rio de Janeiro last week; this one is a four-axle capable of accommodating 300 passengers and moving through city streets. Known as Gran Artic 300, this one is 30 meters long, it features five doors and has two articulating joints that permit it to make a dramatic appeal. It is not only the longest bus in the world but also has the largest accommodation capacity. Volvo claims that Artic 300 will be able to replace three two-axle buses that will further reduce the traffic congestion as well as smog.

Fabiano Todeschini, the man from Volvo Bus Latin America, says, “We are leaders in vehicles for high-capacity transportation systems, Bus Rapid Transit, and now we introduce the world’s largest bus chassis. This vehicle will provide more efficient transportation systems, offering a higher quality for the passengers and improved cost efficiency for the transport operators.” For now, Volvo plans to bring out a limited edition of this bus that will only serve the Latin American markets. If it meets the expectations of all consumers and market the company may think of taking it to other parts of the world.