Continue to Site
Light dependent resistor or photoresistor is a device whose resistance is dependent on the strength of the light as they are composed of high resistance semiconductor material. When light hits the device, the photons give electrons energy. Higher the power of light, lower the strength of resistance. This particular action makes the electron jump into the conductive band and thus conduct electricity. Taking a cue from this concept, Øyvind Nydal Dahl, in this tutorial, has dealt in a circuit for LDR or Light Dependent Resistor to make a light detector. 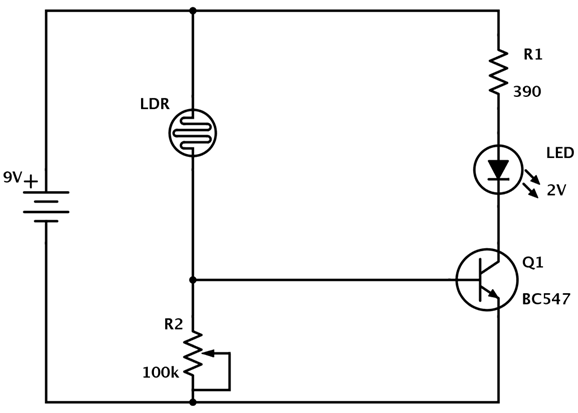 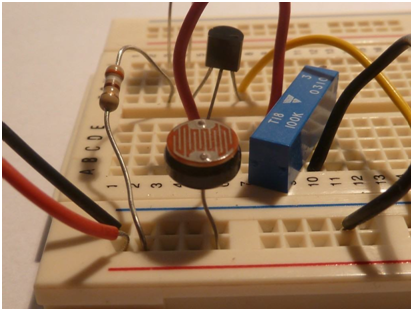 The equipment required to build the Light Detector Circuit includes resistor and LEDs. The former determines the amount of current that flows through the LED. An LED with 2V voltage drop gives a 7V voltage drop over the resistor when the transistor is ON and in general, 18 mA is considered as good current value for common LEDs.
To power the circuit, a 9V battery is used and if any other battery is used, then the resistor value is changed to get the right amount of current flowing through the LED. To change the trigger point for the LED, the variable resistor R2 is used, which examines the right amount of light for the LED to turn ON and OFF. Depending on the resistance of the LDR, you can use potentiometer accordingly.
The LED can be turned ON when it’s Dark by replacing the NPN transistor with a PNP transistor. For complete details, visit the following link.
Filed Under: Reviews