Continue to Site
Scientists recommend a novel method for generating highly powerful spin currents. Such currents are necessary for spintronics, which is a technology that holds the ability to substitute today’s electronics. 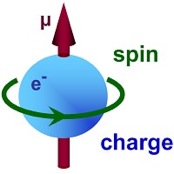 The panel team of scientists from TU Wien (Vienna) has proposed an innovative method for producing strong spin currents, an essential for spintronics. According to their ideology, the date in computer chips is transferred in the way of electrical charge. Electrons or other charged materials are required to move from one area to another. Over the years, researchers have been functioning on elements that make the most of electron’s angular momentum that is their spin potential and not just their electrical charge. This novel approach, known as ‘spintronics’ has key benefits in comparison to common electronics and it is that is can function with less energy consumption.
However, creating such a robust spin current is quite difficult that is essential for spintronics. The new technique proposed by the research team from Vienna generate such spin currents, but for a very minute time. The secret behind this success is the use of ultra-short laser pulses.
Each electron can experience two distinct spin-states – ‘spin down’ and ‘spin up’. The spin of an electron is liable for ferromagnetism, which occurs when multiple electron spins are aligned in a metal, and they collectively generate a magnetic field. Hence, utilizing ferromagnets for creating spin flux seems a simple idea. As per Professor Karsten Held, “We have made efforts to transmit an electric current through a combination of semiconductors and magnets. The impression is to generate a flux of electrons with the uniform spin that can be exploited for spintronics circuits.  But the limitation of this method is that it holds restricted efficiency.
Marco Battiato and Karsten Held identified another way. They examine the behavior of electrons in computer simulations in a sleek layer of nickel when it is linked with silicon and smash with ultra-short laser pulses. “These types of laser pulses have a prodigious effect on the electrons in nickel,” says Marco Battiato. But when no electric charge is transmitted, it is still feasible to transport spin, but the atoms of metal direct both Spin-up and spin-down electrons in distinct ways. While the spin-up electrons possess the ability to move freely, the spin-down electrons have a greater probability of getting scattered at the nickel atoms.
On scattering, the electrons alter their direction and as a result, the majority of electrons that reaches to nickel-silicon interface are from the spin-up category. This entire effect results in dominance of the spin-up electrons in the silicon. As per Marco Battiato, “Our estimations reveal that the spin-polarization is highly strong, so powerful that we could generate with previous techniques.”
Conclusion – Till date, this technique has only experimented in computer simulations. But Held and Battiato are already functioning with experimentalists who wish to identify this laser-triggered spin flux. “Spintronics possesses the efficiency required to become the technology of the upcoming few decades. With this novel spin injection technique is now eventually possible to generate ultrafast and highly powerful spin currents,” says Held.
Filed Under: News