Continue to Site
Inspired from Tony Stark’s JARVIS, i.e. ‘Just A Rather Very Intelligent System’, an electric engineer named Jeremy Blum has built an automation system installed at his home. He has named it ‘Jeremy’s Astute Residential Virtual Intelligent System’, which is a result of years of hard work and efforts.  Even though the concept is similar, it’s quite different from the system featured in the Iron Man series. The one built by Jeremy is devoid of a floating screen and moreover, it communicates through a female voice. 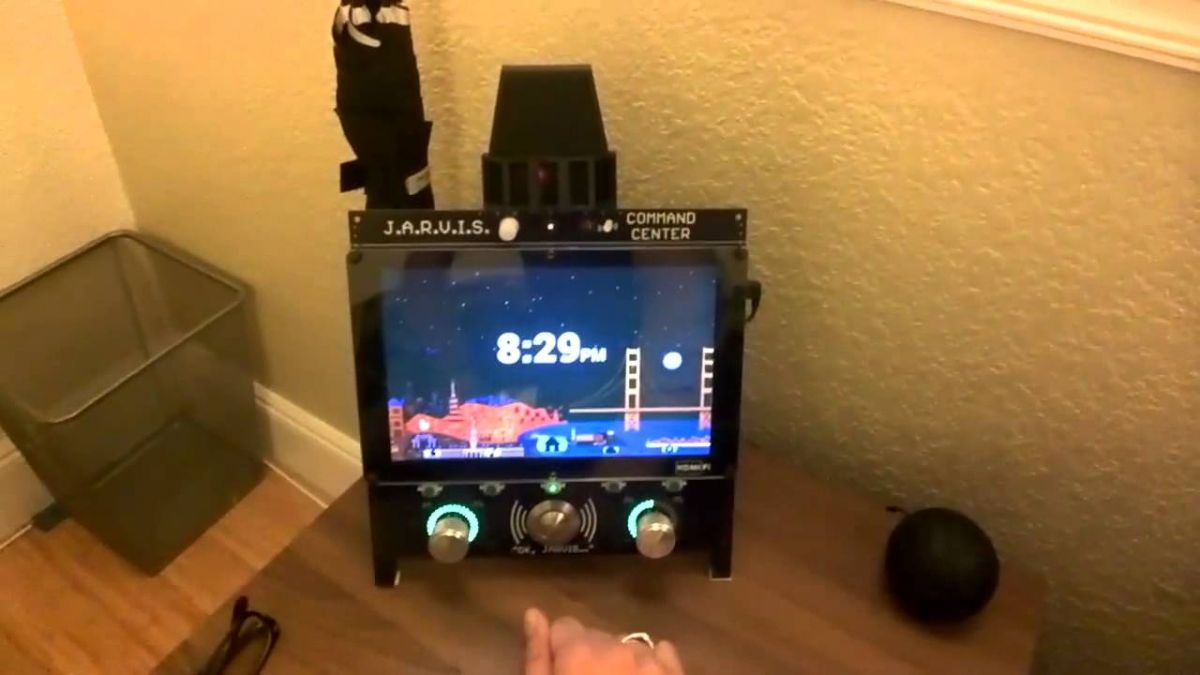 The system has the capability to communicate and understand the instructions given to it and these are implemented in real time. It can perform a wide variety of tasks like switching on/off the lights, playing/pausing music, telling about the weather outside, opening/closing blinds, turning on the alarm clock or even answering a general knowledge question, for instance, what is machine learning?
The setup includes a few components but the communication is done through the command centre. It looks like a photo frame kept on the nightstand of the room which is synced with Jeremy’s phone in real time. He made it with a combination of Raspberry Pi along with two custom circuits that he prepared using microcontrollers.
It contains two dials- one for light another for sound. Besides, it is also fitted with switches that can be used to shuffle between different screens. A Passive Infrared Sensor is also installed in the command centre that helps it to detect the presence of people in the room. When nobody is there in the room for a very long time, i9t automatically switches off the lights.
Other than the command centre, there are smart lights on the ceiling, an LED panel, the main brain of the system, a Quad Core Linux micro computer and a blinds controller. This controller is composed of laser cut parts connected to a servo motor along with a Wi-Fi microcontroller that allows it to communicate with the system.
However, the list doesn’t end here. The system is even capable of waking up Jeremy by buzzing the alarm clock, turning on the lights as well as the blinds. Then for going back to sleep, it turns off the blinds and lights when Jeremy presses the switch and says “Goodnight” to the command centre.
It can even turn off the screen when kept idle for a long time so as to save power and prevent burning. As per Jeremy, he is still working on the project and aims at making the system fully autonomous so that it intelligently senses the needs of the users and performs accordingly. He wishes to make it much more advanced, something similar to Tony’s JARVIS.
Have a look at this video to witness ‘Jeremy’s Astute Residential Virtual Intelligent System’ that illustrates the working of an interface which can receive commands and implement the desired actions accordingly. Right from turning on the lights to playing music, JARVIS is possibly one of the wittiest automation systems existing at present.
Filed Under: Reviews