Continue to Site
This project by Justin Platz& Kurt Clothier at PubNub, have attempted to develop something incredible, where they can control the physical object from anywhere on Earth. We have seen in fiction movies and magazines that how the physical object has the ability to mirror the movement of their hands and here, in this project, this has been made possible with Leap Motion, Raspberry Pi, several micro-servos and PubNub Data Streams.

The Leap Motion is used to control the servos by the users and here are two servos that mirror the user’s two individual hands movement. 8×8 RGB LED Matrices are attached to the servos and they react accordingly to each finger movement of the hand. The Leap Motion is responsible for communicating directly with the Raspberry Pi via PubNub Data Streams with minimal latency and on the other hand, the Raspberry Pi drives the servos.

This tutorial aims to use PubNub to communicate with the Raspberry Pi to control servos and this same technique can be used to control any internet connected device.The role of PubNub is to establish communication layer between any two devices to speak and here the Leap Motion is used as a Raspberry Pi controller, but it can also be used to configure devices or for real-time data collection. 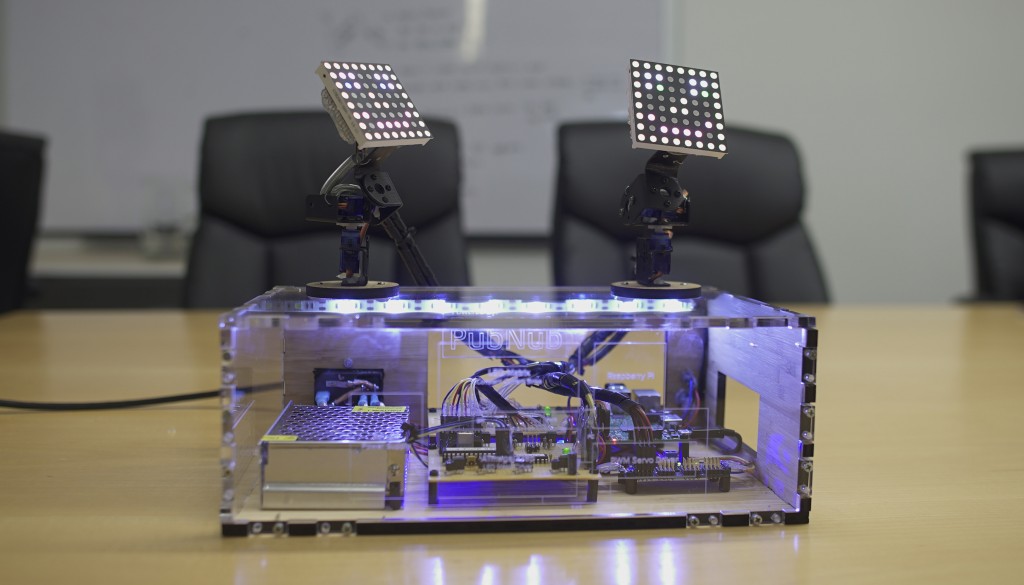 All you need is a Leap Motion + Leap Motion Java SDK, Raspberry Pi Model B+, Tower Pro Micro Servo (x4) and Adafruit PWM Servo Driver.Leap Motion is equipped with two monochromatic IR cameras and three infrared LEDs and here it captures the pitch and yaw of the user’s hands, to publish them to a channel via PubNub.

Make sure to have working experience with a leap motion in Java as you will need to open up a Java IDE and create a new project and install the PubNub Java SDK. Check out the following link for complete details