Fujitsu recently launched two new advanced models in its Fujitsu Storage DX8000 S4 series meant for high-end storage systems. The two are called as ETERNUS DX8100 S4 and the other one has been named as ETERNUS DX8900 S4. Sale for both these models will commence from 24th October. 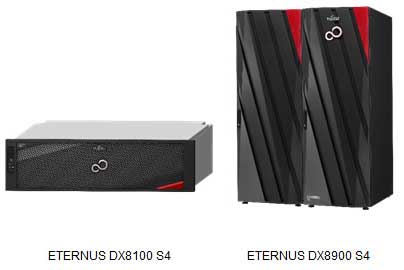 First model, the ETERNUS DX8900 S4 fully supports connections with a number of open systems like the x86 servers, UNIX, and the mission-critical x86. It is capable of offering 1.3 times better performance as compared to its preceding models. The system is also capable of reducing the data storage capacity usage by approx. 50% with the help of Fujitsu’s newly deployed data compression technology.

Both of these new models show support for connectivity with Fujitsu mainframes from the Fujitsu Server GS21 series providing support for ICT infrastructure meant for key systems in mission-critical fields. The mission-critical field is mainly used for providing support to society’s infrastructure like energy, transportation, and finance. But there has also been a rising demand for expanding to newer areas that use ICT. There are a number of fields that make use of this technology like smart cities, smart grids, and fintech. However, the ICT infrastructure that supports such efforts needs to perform much higher yielding better performance with operational flexibility along with resource extension and high speed