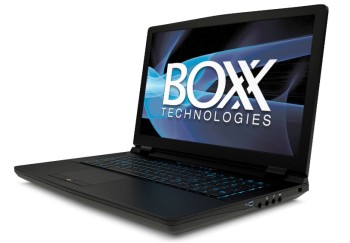 Virtual Reality (VR) and its world is definitely growing with every passing day. There are a number of new companies like Magic Leap and Oculus who verify larger influence of this technology in coming years. Even tech-giants like Microsoft and Samsung understand the significance of this new buzzing virtual world and have been making huge investments in this direction. The old-media holders like New York Times have also released VR content that can be viewed only by the Google Cardboard. Computer world has also responded to the growing demand of this technology and are now optimizing their workstations for VR content development. BOXX too has done it by creating a mobile workstation with it.

At the beginning of this week, the company announced launch of the GoBOXX MXL. As per the company, MXL is a laptop that is capable of replacing your desktop workstation within moments. It is equipped with 4.0GHz Intel i7 processor and the MXL can be installed either with a GeForce GPU or Quadro and manages a RAM up to 64GB.  The uses have option to choose between a 17” or a 15.6” full-HD LED display screen.

The basic requirement of VR visuals is high frame rates, this means any machine that is made to support VR must have a powerful graphics card. If the laptop just stands there without any it will lead to a very poor presentation of visuals. Along with, the machine also needs to be beefed up with a lot of hardware all of which is presently available in BOXX’s machine. MXl also permits its users to spec out their workstation with powerful hardware that can develop and display VR content. However, it is not the first workstation that is capable of handling VR workflows. Another best machine that can handle VR is MSI WT72 that has been projected as a VR ready machine. There is a complete range of several other gaming laptops that claim to have a VR supporting feature in them.