A group of mathematicians from the Clarkson University along with civil engineers was able to develop a non-invasive and passive towards listening a wide array of signals that come from mechanical structures and bridges when they have specific structural damages. The group reports that the approach includes installation accelerometer sensors that work in different locations alongside a bridge to scale how every small sized part of the bridge gets distributed in response to the truck driving across the bridge. According to Erik M. Bollt, a mathematics professor from the Clarkson University, “Signals from sensors near the truck loading are relevant, but so are signals far away because they react as the bridge structure flexes under its load and the entire structure oscillates like a guitar string, but obviously more complicated.” 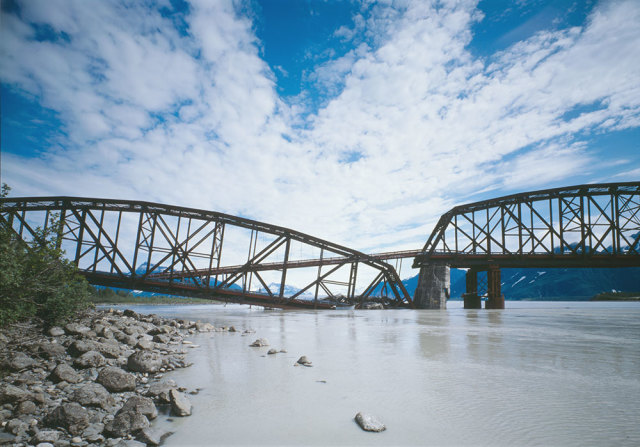 Bollt further clarifies that accelerations work to serve as “a listening media to forces and accelerations travelling through the structure. Signals travelling through the structure are expected to change if the bridge undergoes a change, such as a crack within the structure or if some of the bolt holding it together is loosened deliberately.” “Optimal mutual information interaction” is the focal part of this group’s analysis which happens to be a data processing technique that was created to recognize significant direct interactions between specific components inside the system. The assistant professor from the same department as of Bollt from this university further adds, “Our technique adopts ideas from information and communication theory and uses state-of-the-art statistical estimation routines. The key concept is to search for interactions that are most relevant to the increase of predictability of bridge oscillations. If the bridge’s structure has been altered due to damage or deformation, the details are expected to change, enabling us to detect the health status of the bridge.”

The work done by the group stands out as it brings together two different aspects for monitoring damage over inner sides of mechanical structures or any other bridges. Sun says, “One is the non-invasive and automated nature of the data collection process. The other is the data analytics tool we developed, which can infer direct information flow and significant interactions. By combining them, we’re able to detect—from only the data—the presence of structural changes within the bridge as controlled and varied in our experiment.”