A research team from Department of Energy’s SLAC National Accelerator Laboratory and Stanford University has recently developed a new robust catalyst capable of carrying out a solar-power based reaction that is hundred times faster than previous reactions. The working of this catalyst evolves with the period of time and it has been blessed with an ability to stand up to acid. Another thing that makes it so favorable is the abundantly available metal used in its formation – Indium. That brings out all the costs under control and also iterates photosynthesis by splitting water molecules with sunlight. 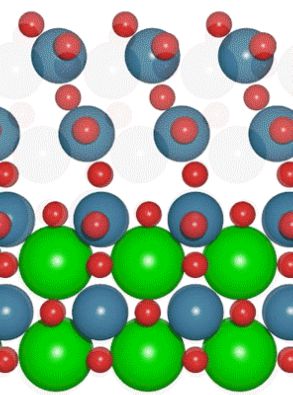 The formation of this new catalyst is one of the most key discoveries that will open up the way in production of carbon-based fuels and hydrogen that are capable of empowering a wide range of energy based technologies. The product is actually a very thin layer of indium oxide that has been fixed over strontium indium oxide as a layer. It is result of years of hard efforts that were being made in the direction of more accelerated oxygen evolution reaction or OER. it is one of the two steps in the completion of this reaction.

Thomas Jaramillo, one of the associate professors at Stanford and SLAC, also the deputy director of SUNCAT Center for Interface Science and Catalysis, explains, “The OER has been a real bottleneck, particularly in acidic conditions, The only reasonably active catalysts we know that can survive those harsh conditions are based on iridium, which is one of the rarest metals on Earth. If we want to bring down the cost of such a pathway for making fuels from renewable sources and carry it out on a much larger scale, we need to develop catalyst materials that are more active and that use little or no iridium.”