Continue to Site
A novel wearable fabric that produced electricity from both motion and sunlight could allow you power your cell phone or smart watch by moving around outside. Scientists prepared the textile by intertwining together plastic fibre solar cells and generators based on fibres that generate electricity when brushed against each other. 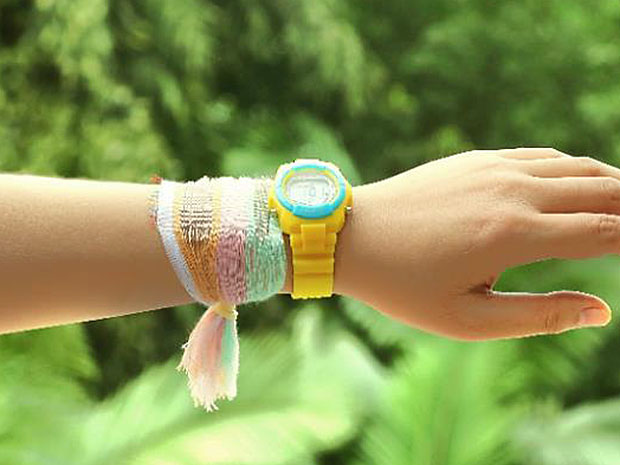 The 032 millimetre thick material is flexible, breathable, and lightweight and utilizes less costly substances says the creator. It could be incorporated into tents, clothes and curtains, altering them into energy sources when they move or exposed to the sun. By gathering mechanical and solar energy, the power-releasing fabric could function night and day, say the inventors.
“The hybrid power fabric could be widely applied not only to self-regulated electrical but also feasibly to power generation on a bigger scale,” Zhong Lin Wang at the Georgia Tech, Xing Fan at the Chongqing University in China and their team members.
Wang and his team stated that a stamp of power textile tied around an individual’s hand supplied power to a cell phone and watch when the individual stand in daylight in ambient wind conditions and stimulated their hand.
Wang has created numerous motion-harvesting gadgets before, from energy-releasing flags to biodegradable energy sources for medical implants. The underlying procedure is the triboelectric effect that leads to static electricity. When two varying substances recurrently come in contact to each other, one grabs electrons from the other so that differing controls shape up on the two surfaces.
In the novel hybrid energy textile, sleek flat strips of copper layered with a Teflon-like polymer functions like a triboelectric generators. The other power-releasing element is the fibre solar cells that the scientists create by expanding light-sensitive zinc oxide nanowires on copper and manganese layered plastic wires.
They utilize an industrial weaving equipment to interlace that triboelectric layers and fibre solar cells with copper-layered plastic threads that cater as electrodes. When the texture bends, the threads of copper brush against the Teflon layers, and hence, produce electricity.
A wearable, flexible patch prepared by mixing wool fibres with the photovoltaic and triboelectric element charged a 2-milifarad commercial capacitor up to a level of 2 Volt in one minute. Wang also states that they can prepare textiles as big as 20cm x 30cm and it must be convenient to expand up with a bigger weaving machine.
Although, they have not yet experimented the durability and quality of fabric extensively. Fan also says that the volume of output produced reduce down to even after it is bent, modified 500 times. It functions highly well in a temperature variation humans can endure, he confirms. Also, it must be able to tolerate rain with adequate encapsulation. It has been confirmed and stated by Fan that, “If the fabric gets wet then any reduction in performance can be improved if the gadget is dried.” It is now to be seen that how much beneficiary this research work would be for use in varying applications.
Filed Under: News