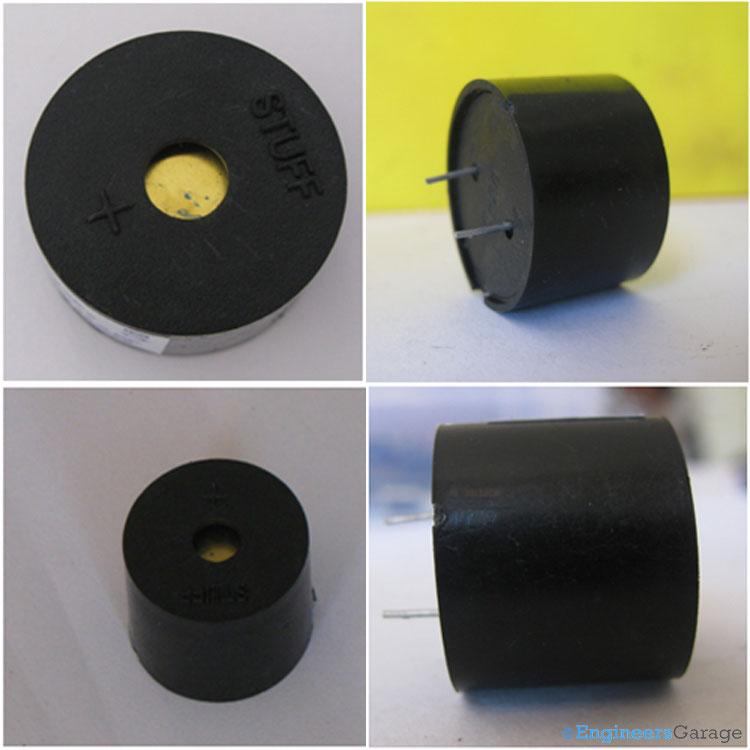 The generation of pressure variation or strain by the application of electric potential across a piezoelectric material is reverse of the piezoelectric effect. The circuit based project mentioned here uses this principle to use a piezo diaphragm as an output device. This is the concept used in commonly used piezo buzzers. As buzzers, they are also used in horns, telephone keypads, calculators etc. Shown below is an image of external features of a piezo buzzer.

Lets get to know about the working of the project. The voltage drop across resistors R1(10k

) is provided to the piezoelectric diaphragm. Due to the applied potential, the diaphragm starts vibrating. These vibrations are fed to the base of a transistor T1 (BC547). T1 acts as an amplifier to amplify these vibrations and the output appears across the collector resistor R3 (100