Continue to Site
These are the scientists at the University of Missouri who have introduced a passage to create an optical microscope resolving images reduced to 65 nanometres. In this process, they may have augmented access to great resolution imaging to a much bigger panel of researchers who may not have access to electron microscopes. 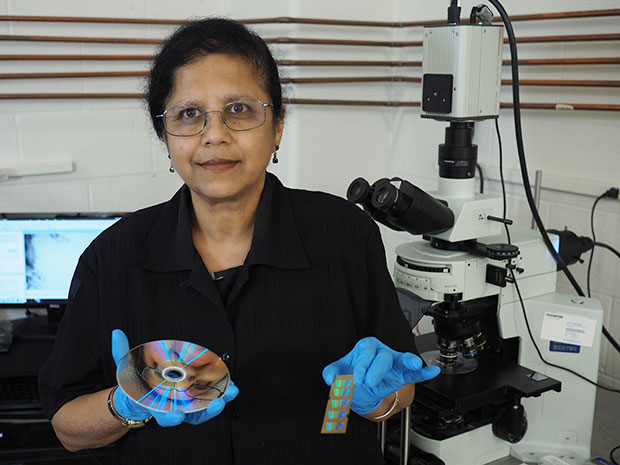 “Normally, researchers have to utilize very costly microscopes to capture images at the sub microscopic level,” says Shubra Gangodhyay, an electronic and computer engineering settled at the University of Missouri College of Engineering. “The procedures we have introduced support to generate improved results with simple microscopes. The deliberately reduced production expenditure for the platform also implies that it could be utilized to identify an array of ailments, specifically in developing nations.”
The central point to avail the optical microscopes to combat the wavelength limitations is plasmonics. The niche of plasmonics utilizes the oscillations in the electron density that is created when photons come in contact with a metal based surface.
In such application, the Mizzou scientists utilized the communication between the surface and light of a metal grating to create a surface plasmon resonance and linked this with nano-protrusions on the area of the grating to prepare ‘hot spots’ that have an extremely high fluorescence intensity.
The nano-protrusions behave as an excitation resource with an improved signal to disturbance ratio. When they are linked to the localization microscopy, which is acted with fluorophores, it becomes achievable to secure greater accuracy with localization. It implies that in an ailment study you can conquer single-molecule, super-resolution imaging in an extensive array of fluorophores that are needed to investigate the biological activities and interactions.
In the study program detailed in the Nanoscale journal, the scientists of the Mizzou hired a trick known as glancing angle deposition to regulate the growth of silver on polymer gratings that were pretended from Blu-Ray and HD-DVD grating moulds.
Settling the silver at a particular angle relative to the area generates a greater density of silver nano-protrusions on the grating layer and nanogaps in the covered area of the plasmonic grating. Since the patterns originate from an extensively utilized technology, the scientists claim that the production process should remain consistently inexpensive.
Conclusion – “In past studies, we have utilized plasmonic gratings to identify ailments such as tuberculosis and cortisol,” says Gangopadhyay. “In addition to this, the relatively low reduction cost for the platform also intends it could be utilized to further identify an array of ailments, particularly in developing countries. Ultimately, we may even be able to utilize smartphones to identify ailments in the niche due to the single enhancement as well as bigger super-resolution imaging capability.”
Filed Under: News