Support for solar energy is great. As per a 2015 Gallup pool, 79% of Americans intended the US to put more focus on introducing solar power. Most of the same people, but, cannot afford to install solar energy systems in their houses. Even after federal tax credits, installing solar panels to cover all the family’s electricity requirements can cost tens of thousands of dollars. For others, a home solar system is not a consideration as they rent, or shift frequently.

But according to the Michigan Technological University’s Joshua Perace, the solution for play and plug are here. “Plug and play systems are quite affordable, portable and easy to install,” says Pearce, an associate lecturer of engineering and materials science. “The average American consumer can purchase and install them with no training at all.”

In a research funded by the Conway Fellowship, Pearce and his team Emily Prehoda and Aishwarya Mundada estimate that play and plug solar could offer 57 gig watts of renewable energy enough to offer power to cities like Detroit and New York, with potential cost of $14.3 to $71.7 billion in sales for retailers and $13 billion a year in cost savings for energy users. 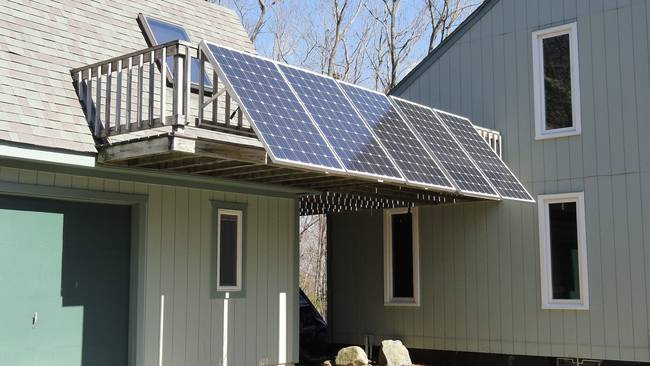 It sound pretty great but still there is one trouble. In most of the parts of United States, electronic regulations do not enable customers to play and plug. Small investments, big returns! Play and plug solar panels link to a simple electronic outlet. You are still on the grid, but you have become a ‘prosumer’, who is a consumer of energy who also generates it. The panels vary in wattage and are comparatively affordable with some costing just a number of hundred dollars per piece. A prosumer can begin small with just single panel and slowly create over time to a system that generates 1 kilowatt of energy the equivalent of powering 10 to 100-watt LED light bulbs.

These panels are also portable and hence college students buys one 250 watt play and plug panel each year for every four years, reaching to 1 kilowatt level of energy by senior year that student can unplug the four panels when the graduates and take them to the next destination.
“It is an area where small regulation could truly aid renewable energy,” says Pearce. “We are aware that the technology is safe but even the law should confirm it.”

The trouble, according to Pearce is placing too much current on single circuit, so they recommend that homeowners keep their play and plug circuit systems to a kilowatt or less. Simple precautions make this convenient and if a panel is plugged into an exterior outlet, for instance, the safety plugs on other exterior outlets on that circuit can prevent overload. While few jurisdictions have identified that there are no major technical or safety issues with plan and plug panels, paperwork holds the procedures.