Concrete is not considered as a plastic, but plasticity at tiny scales augments concrete’s utility as the world’s most – used substance by letting it regularly adjust to stress, decades and at times even centuries after hardening. Rice University scientists are a step closer to comprehending why.

The Rice Lab of materials researcher Rouzbeh Shahsavari performed an atom-level computer analysis of tobermorite, a naturally occurring crystalline analog to the silicate-calcium hydrate that makes up cement that in turn holds concrete together. By comprehending the interior structure of tobermorite, they expect to create concrete stronger, better and tougher able to deform without cracking under stress.

Tobermorite, a core element in the superior concrete Romans employed in ancient times, creates layers, such as paper stacks that solidify into particles. Such particles often have screw dislocations, shear defects that aid relieves stress by enabling the layers to slide past each other. Alternately, they can enable the layers to slip just a little before the jagged defects lock them into place.

The scientists created the very first computer models of tobermorite ‘super cells’ with dislocations either parallel or perpendicular with layers in the substance and then applied shear force. They identified that defect-free tobermorite deformed conveniently as water molecules linked between layers helped them move past each other.

But in particles with screw issues, the layers no just moved so far before being locked into one place by the tooth sort core dislocations. That efficiently passed the buck to the next layer, which moved till caught, and so on, relieving the stress without disturbing. This ‘step wise defect triggered gliding’ around the core of particle that makes it more ductile and able to adjust the stress, confirms Shahsavari, an assistant lecturer of environmental and civil engineering and materials science and Nanoengineering.

“The insight we obtain from this research is that unlike the popular intuition that defects are detrimental for substances, when it comes to intricate layered crystalline systems like tobermorite, this is not the case,” says Shahsavari. “Rather, the defects can result in dislocation jogs in certain orientations that acts as a bottleneck for moving, thus enhancing the yield toughness and stress. 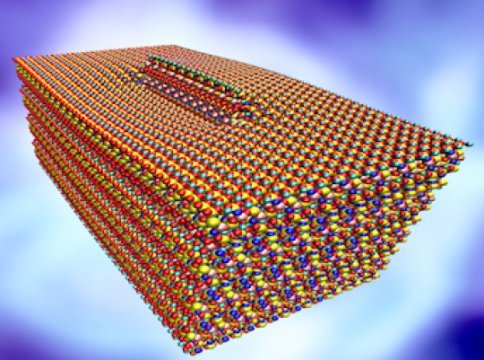 “Such latter properties are essential to design concrete substances that are concurrently robust and tough, two engineering characteristics that are highly desired in numerous applications. Our research offers the primary report on how to leverage seemingly weak attributes, the defects in cement and alter them to highly needed properties, toughness and strength.”

Shahsavari says that he expects the work will offer design guidelines for introducing stronger, robust concrete and other intricate substances. With such new method, it is expected that inducing ductility and greater strength to concrete would become much easier than ever before