A group of scientists from the Italian Universita’ DegliStudi di Milano, Polish Academy of Sciences and the Institute of Nuclear Physics along with broad international association estimated, for the first time, the time required for a single proton in a nucleus to synchronize with the movements of the nucleus. The accomplishment can be illustrated with an analogy, where some protons can surf on the top of a nucleus and we ultimately know how long they have to wait to catch the wave.

“Surfers can wait a long time for occurrence of right wave but when it does come along, it does not always imply a good time is confirmed! If the surfer just gawk at it will pass and he just pops up on the surface similar to a cork. The true fun is only when he can time his jump onto the wave. Excellent surfing depends on an accurate harmonization between surfer and wave. In a similar way, under suitable conditions protons jump on the surface oscillations of the atomic nucleus and travel with them. And I consider they are more real surfers than people are, as after all they do it under rigid conditions and they do not require a board,” explains Professor Bogdan Fornal.

Linking of the proton with the vibration of the nucleus is tricky to study as there must be a system where a singular proton is outside the shell that is completely filled with innumerable protons and neutrons. To identify the ‘proton surfers’, the Italian Polish group conducted a study in the lab of the Institute Laue – Langevin in Grenoble where in millimetre sized lumps of uranium 235U and plutonium 241Pu were irradiated with neutrons. 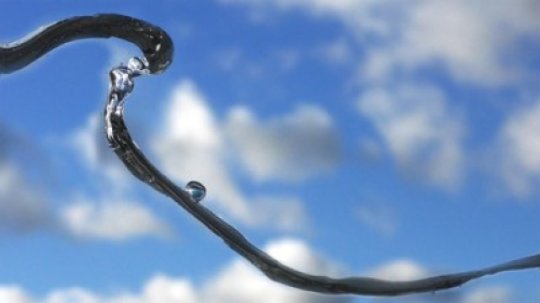 For increasing the chance of capture by atomic nuclei, the neutrons were slowed considerably. When a neutron linked the nucleus of target the system became unstable and fell apart in distinct ways. Among the decay products were triggered nuclei of antimony 133Sb.

“The nucleus of antimony 133Sb is normally the nucleus of tin 132Sn with an additional photon. Tin 132Sn is special – it comprises 50 protons and 82 neutrons, specifically enough to completely fill proton and neutron shells. In such nucleus what we call a double magic nucleus – a jump from one to shell needs emission or absorption of big amounts of energy,” explains Professor Fornal.

“Our joint study at the ILL has offered my team with data that have made it feasible to structure a novel model to better illustrate the coupling of the protons with the oscillating nucleus. For the very first time, we can, for instance, estimate the probabilities where the excited nuclei de – excite individual energy structures.