An international researchers team was recently had a breakthrough when they identified a brown dwarf, a star not big enough for nuclear fusion, with the most possible purity and highest mass known to human brain. The object has been named as SDSS J0104+1535 and is now a member of halo, the most external reaches of our galaxy that is constituted by the oldest stars. Brown dwarfs are known for being an intermediate between fully-fledged stars and planets. The mass is also very less for hydrogen nuclear fusion with helium, but these are little more massive as compared with planets. 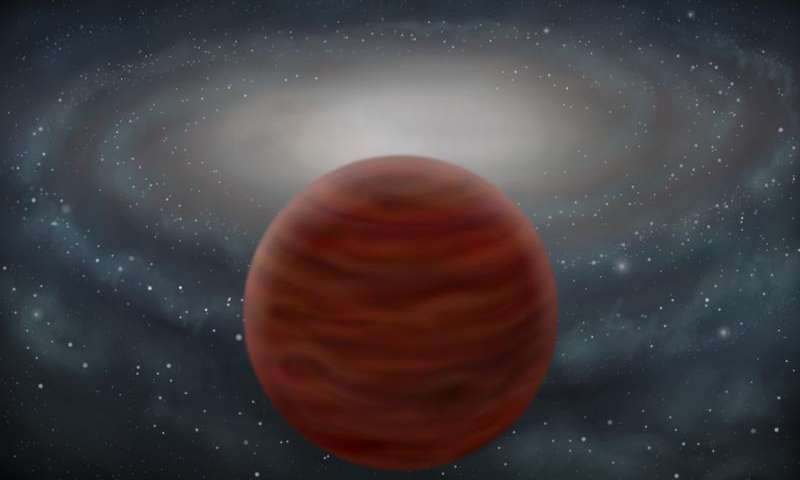 It is located approx. 750 light years away at a constellation located in Pisces. SDSS J0104+1535 is formed with gas that is almost 250 times more pure as compared with Sun. Therefore, it is safe to assume that it is made up of 99.99 percent helium and hydrogen. It is estimated that it was formed around ten billion years ago, measurements also show that it has mass equivalent almost 90 times of what Jupiter has which makes it one of the biggest brown dwarf discovered till date.

It was known previously if brown dwarfs can be formed from this kind of primordial gas. This discovery signifies a new way towards undiscovered population of very pure brown dwarfs from the ancient past of our Galaxy. The research is being led by an Institute of Astrophysics professor Dr ZengHua Zhang located in Canary Island. He adds, “We really didn’t expect to see brown dwarfs that are this pure. Having found one though often suggests a much larger hitherto undiscovered population —I’d be very surprised if there aren’t many more similar objects out there waiting to be found.”