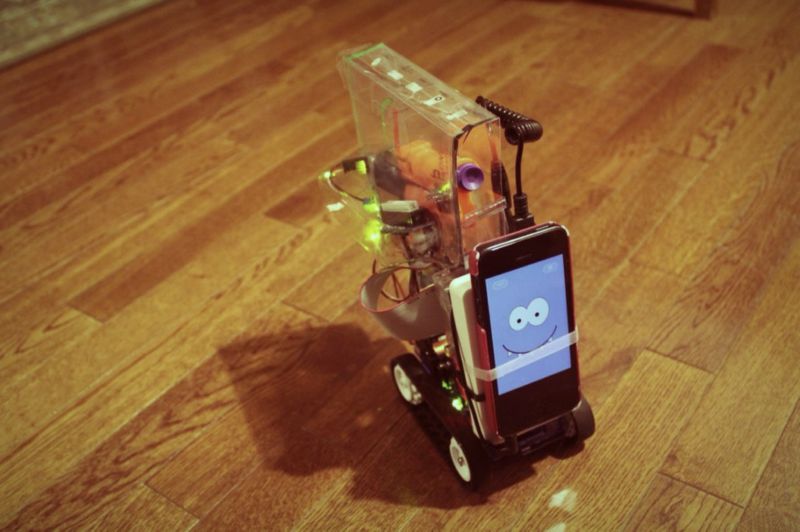 Jordon Balagot created a mini nerf gun robot named as Raspberry Jolt as a part of her DIY project that was powered by Raspberry Pi and the first gen Romo. It was controlled by Wi-Fi and could also record videos. The setup included a robot mounted on the wheels with an iPhone in the front. This robot would navigate from one place to another and would fire the jolt gun at people.

To prepare this mini nerf, Jordon gathered all the following components:

To build the nerf robot, Jordon took some guidance from Adafruit 16 Channel 12-bit PWM/Servo Driver Tutorial and Adafruit’s Python Library to hook up the servo to the Pi. After testing the circuit on the breadboard, she used the male header pins and female jumper wires so as to slim down the bot. Next task was to get the Raspberry Pi to auto-connect with Wi-Fi which took a lot of efforts.

Then, she installed Avahi (similar to Adafruit’s Bonjour) in order to connect to Pi when it boots and connects to the router. Later, to access the Pi’s GPIO pins, she wrote and compiled a simple C script that could temporarily run commands as root. She installed apache and wrote a simple PHP script that calls the pulltrigger python script.

Discussing the whole setup in detail, it has two separate Wi-Fi connections along with 4 sources of power. For the Raspberry Pi, there is a USB battery while the 4AA battery powers the servo circuit. Moving on, the Romo is completely separate and carries its own battery. The movement is controlled from iPhone which sends the video to the app. This app has both a desktop and iPad version and hence it enables the user to operate the pull-trigger script using any web browser.

Although it is possible to control the app solely by an iPad, Jordon found it convenient to use an iPhone separately. There are also some AUX ports on the Romo that could be used but then the signal wouldn’t drive the servo. As per Jordon, it could be simpler to use an Arduino so as to convert Romo’s aux signal into PWM for the servo, yet she chose to prefer Raspberry Pi because she had better knowledge about the latter.

Here is the video posted by Jordon which demonstrates this mini nerf gun navigating all around the premises and triggering the jolt gun.