There are a number of owl species that find higher degree silence a better medium of hunting. They achieve this level by suppressing their own noises at a level above 1.6 kilohertz (kHz) across a range that can be sensed by human ears. There is a team of researchers at the Lehigh University studying oil flight acoustics to find out the mechanism that helps them in achieving a virtual silence to improvise the aerodynamic aspect of wind turbines, naval ships, aircrafts, as well as automobiles. 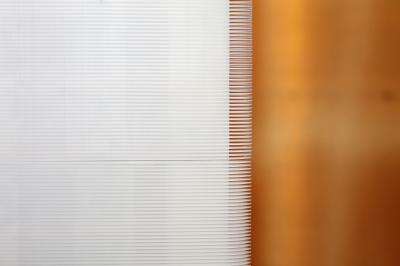 The team was finally successful a while back after conducting a series of theoretical modeling and physical experiments. They used a model of owl feathers to inspire a 3D printed design of wing attachments that can help in reduction of wind turbine noise up to 10 decibels without any effect over their aerodynamics. The team also worked hard to find how one such design can help in reduction of roughness along with trailing-edge noise. Usually, the trailing-edge noise is more prevalent in low-speed applications and increases their efficiency by bringing down their noise level. Their wing noise reduction feature has applications and implications ahead of wind turbines. It can help in improving several other aerodynamic situations where extra disturbance is created through air seeping through window spaces and automobile door.

The research team working at University of Cambridge and Lehigh, Virginia Tech, Florida Atlantic University considered the velvety side of the wings that makes up their upper surface. It is a beautiful and one-of-its-kind physical attribute that plays key role in the noiseless flight of owls. The microscopic view of these velvety sides shows a hair framework that is very much similar to forests. These hair initially rise at a perpendicular direction from the feather surface and then moves on to in the flow direction to create a canopy structure. The team used Virginia tech Wall-Jet Wind Tunnel to simulate air flows and create roughness by suspending mesh fabrics over sandpaper.

They realized that unidirectional canopy structure was most effective as didn’t generate high-frequency self-noise of fabric canopies and still successfully suppressed noise-producing surface pressure. Using this knowledge they built a 3D-printed plastic device that had small “finlets” capable of getting attached with airfoil. These finlets can be retrofitted into any pre-existing wing design or be used in combination with different noise-reduction strategies.