There are so many athletic wear companies that are incorporating 3D printing, not only for new products prototyping but also of manufacturing of end parts in newly produced shoes. Legendary brands like New Balance and Adidas adopted this technology for making midsoles of their shoes. Adidas, however, took the trend to a completely new level by introducing a completely new 3D printing method that will be used for making components for the Liquid Speed shoe series. The company likes to refer to this technology as “3D Drawing” and it is expected that it will transform the way Reebok will make shoes in coming times.

Almost three years back, Reebok’s Future division started developing the Liquid Factory technique that was derived from the industrial urethane dispensing systems. The system is employed in auto manufacturing already, the machines extract manual labor from affixing gaskets in parts by just drawing urethane robotically in the components. The Liquid Factory uses a similar technology, they use an industrial robot fitted with an extrusion system to draw out thick polyurethane layers instantly in 3 dimensions. The company’s head, Mcinnis says, “We’re essentially teaching that industrial robot to act like a 3D printer, but using the medium in polyurethane that is right for footwear.”

Reebok produced 300 pairs under this Liquid Speed Series and all were sold within no time. The outsole over underside of this shoe as well as the lacing system were drawn three dimensionally in a single unit. Then these were attached with rest of the shoe. The system was result of an association between RAMPF, BASF, and Reebok. McLnnis further adds, “The Liquid Factory concept is kind of born from the idea of getting closer to our consumers. When we started to look at local for local manufacturing, one of the big stumbling blocks in doing that was getting over the mold problem in that every shoe on every shelf is made with molds. Molds are expensive. They’re time consuming, and you typically need inexpensive labor to operate them, as well. Inexpensive labor is part of what has moved us into Asia for most of our manufacturing. Then, you have to add shipping to get the product back to our major markets. Focusing in on molds was the main issue.” 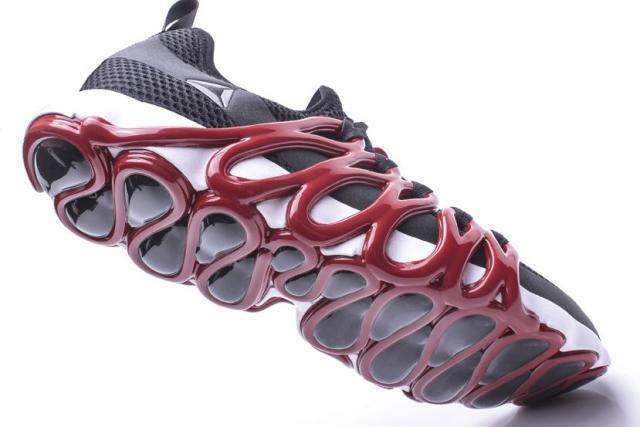