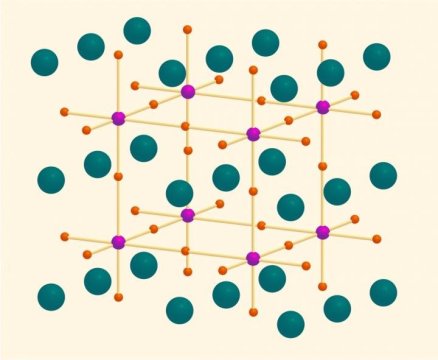 Researchers have demonstrated the characteristic of charge carrying particles moving in perovskite. Perovskites seem promising for the solar batteries in the future. Novel results will aid researchers to identify a required perovskite structure by considering its fundamental features, rather than at casual.

Perovskite is an element with a specific structure. The mainstream high-temperature superconductors are based on perovskite structure because of their non-ideal structure. The manganite like characteristics of perovskites showcases numerous intriguing and interesting properties, most notably gigantic magnetoresistance. Numerous manganite properties are hidden, despite the truth that manganite have been examined for decades. “We tried to find out why the conduction mechanism is one of the bests common compounds,” he says. All these characteristics have been discovered through an experiment, but the procedures to explain these special properties are unknown.

Semiconductors were announced150 years ago when electricity was a novel development. It was obvious that there were isolators such as glass and rubber, conductors like gold and copper, and few uncertain semiconductors, materials that did not seem apt into any category. The appliances of semiconductors remained unfamiliar for about a century. It was until the 1930s, when there occurs a solution to this problem, and the very first transistor was crafted. At present, it seems complicated to think of living any electronic gadget without transistors.

Unfortunately, it is not feasible to identify charge movement in a substance under a microscope. It is why scientists at Terahertz Spectroscopy Laboratory finalized to utilized indirect methods of detection. To find out the most conductive particles, they used a different frequency voltage and measured the relationship between temperature and frequency dependence of permittivity and conductivity in an extensive frequency range (5-3000 cm-1) to shield all the bases. Wide temperature varies from 10 to 300 K (-263 to 27 Degree Celsius) of the samples were procured to distinguish similar needs of samples with discrete conduction mechanisms.

But in fact, this was insufficient to elucidate the nature of charge carries. For this purpose, scientists compared perovskites with distinct ratios of praseodymium (Pr) and calcium (Ca). The team of researchers headed by Boris Gorshunov, Terahertz Spectroscopy Laboratory supervisor, LenarKadyrovPh.D., and laboratory researchers Vladimir Anzin and Elena Zhukova. They discovered that the current carriers in perovskites are polarons. A polaron is an electron passing through the constituent atoms of a substance, causing the closely related positive charges to move toward it and the nearby negative current to shift away. The features of perovskites are suitable for electron-phonon coupling and determined by the interaction between symmetry violating interactions. The scientists recognized that polarons move coherently as a single unit. The idea of coherence is utilized in superconductors, lasers, greatly precise distance measurements and quantum calculations.

Identifying how conduction happens could help perovskite projects and big-scale applications to progress. For instance, there is a high-efficiency perovskite based gadget for separating water into hydrogen and oxygen. Perovskites can also be utilized as LEDs, but they are presently only able to perform at the temperature of liquid nitrogen.