The group witnessed a procedure known as ice nucleation in unexpected detail, taking time – gap movies of the first couple seconds when a particle attracts water vapour, creating ice crystals that become the center of icy cirrus clouds – the wispy, high clouds that function much like a blanket for our planet.

How such clouds form and what they perform has a major influence on our climate and is an emphasis of researchers studying our planet. Clouds can reflect the light of the sun, keeping the planet cool or absorb radiation of Earth, heating the planet. The latter is the stance for ice clouds created under the conditions in this research. The intricate chemistry of airborne particles that cater as the birthplace of the ice crystals adds more challenges.

“This is one of the most critical but less comprehended parts of the procedure of how cold clouds occur,” says Bingbing Wang, a researcher primarily with EMSL, the EnvironmentalMolecular Sciences Laboratory at the Energy’s Department of Pacific Northwest National Laboratory. “The basic process of how ice expands is quite well comprehended, but ice nucleation that stance when the first bunch of molecules comes together, remains a huge challenge,” says Wang, a professor at Xiamen University in China.

The shape, texture, size, and other features of the particle all play a major role in the formation of ice crystals. Such particles in the study were just two or three microns in size, less than the one-tenth the width of a human hair. While most of the labs study ice nucleation, couple of them start with observations about singular particles, to replicate the earliest phases of ice formation. 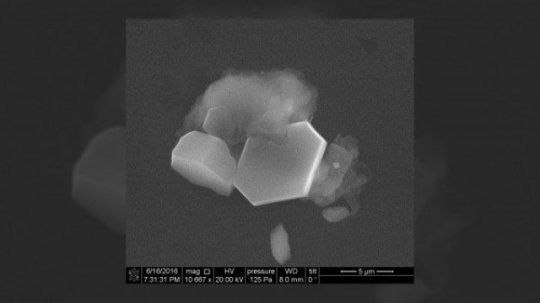 During the events of nucleation, team of Laskin photographed the particle every three seconds then linked the photos in numerous time-lapse movies. The environmentalbig – resolution scanning electron microscope was able to store regions on the particle only 50 nanometres wide, about 1-10th the width of a human hair. For the untrained eye, the process is similar to glancing out into space hunting for minute dots that are actually planets and stars. In the ice nucleation movies, small crystals of ice barely visible at first grow as water vapour freezes into them.

The group also utilized the system to watch nucleation of ice happen on particles gathered in the atmosphere. The particles made most of nitrogen, oxygen, and carbon, were placed under observation at EMSL. In both sets of researches, nucleation took place at temperatures as low as 205 Degrees Celsius and relative humidity from about 70 to 80 percent.

“We were able to analyse step by step the formation of an ice crystal at the nanoscale resolution and under the atmosphericallyrelevant conditions,” says author Daniel Knopf. “Performing such and knowing that this procedure is replicated a couple of times lead to a cloud visible to the naked eye is exceedingly exciting.”