Over the past couple of years, utilizing high flux neutron sources at the National Institute of Standards and Technology (NIST) and Oak Ridge National Laboratory (ORNL), an Illinois group headed by Yang Zhang, an assistant lecturer of plasma, nuclear and radiological engineering or NPRE and Beckman Institute at Illinois has been able to videotape the molecular motion of alkanes the major element of natural gas and petroleum.

The team has learned that the thickness of liquid alkanes can be drastically diminished enabling for a marked enhancement in the substances rate of flow. “Alkane is basically a chain of carbon atoms,” says Zhang. “ By altering one single carbon atom in the backbone of an alkane molecule, we can create flow 30 times faster.”

The team’s discovery disagree a well-known theory that Princeton University lecturers Walter Kauzmann and Henry Eyring created in the late 1940s. They had expected that all alkanes have a global viscosity close to the melting points. Zhang also confirms that the theory had been cited for more than 3,000 times. 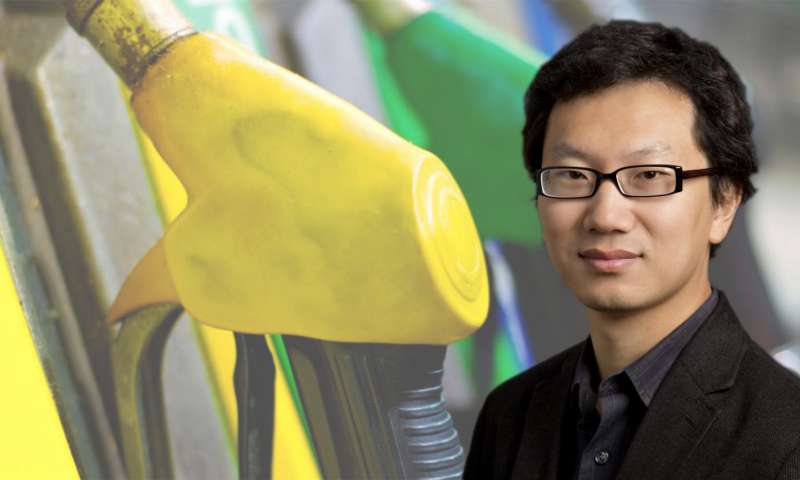 But, a rather varying odd-even effect of the liquid alkane dynamics was introduced. The odd – even effect in solid alkanes is taught in almost every introductory organic chemistry textbook, that the variation in the periodic packing of odd and even numbered alkane solids results in odd even variation of their melting points and densities. But the same effect was not predicted in liquid alkanes due to lack of periodic structures in liquids.

“The conventional Kauzmann – Eyring theory of molecular viscous flow is simplified,’ says Zhang. “It seems that some chemistry textbooks may also require revisions.”

The Illinois researcher had the technological benefit of super-high speed and super high – resolution at the nano – meter and 1 billionth of a meter ‘video cameras’ making utilization of neutrons to take movies of the molecules. “A neutron microscope” is the major revolutionary point in the materials research and we utilize it to look at everything. There is range of things that we have never witnessed before,” says Zhang.

The entire study has been termed as “Dynamic Odd – Even Effect in Liquid n – Alkanes near their melting points “, has been introduced in the German publication named as AngewandteChemie International Edition. The reported study is a basis to understand and enhance an extensive spectrum of chemical procedures, like diffusion, lubrication, heat transfer as well as diffusion through porous medium.