Continue to Site
RFID is a tracking technology used to identify and authenticate tags that are applied to any product, individual or animal. Radio frequency Identification and Detection is a general term used for technologies that make use of radio waves in order to identify objects and people. 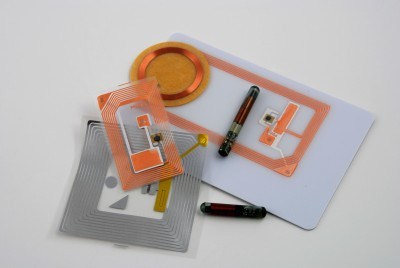 Fig. 1: A Representational Image Of RFID Technology Used To Identify And Authenticate Tags
Introduction to RFID
Purpose of Radio frequency Identification and Detection system is to facilitate data transmission through the portable device known as tag that is read with the help of RFID reader; and process it as per the needs of an application. Information transmitted with the help of tag offers location or identification along with other specifics of product tagged – purchase date, color, and price. Typical RFID tag includes microchip with radio antenna, mounted on substrate.
The RFID tags are configured to respond and receive signals from an RFID transceiver. This allows tags to be read from a distance, unlike other forms of authentication technology. The RFID system has gained wide acceptance in businesses, and is gradually replacing the barcode system.
How RFID Works
Basic RFID consists of an antenna, transceiver and transponder. To understand the working of a typical RFID system, check the following animation.
Antenna emits the radio signals to activate tag and to read as well as write information to it. Reader emits the radio waves, ranging from one to 100 inches, on the basis of used radio frequency and power output. While passing through electronic magnetic zone, RFID tag detects activation signals of readers.
Powered by its internal battery or by the reader signals, the tag sends radio waves back to the reader. Reader receives these waves and identifies the frequency to generate a unique ID. Reader then decodes data encoded in integrated circuit of tags and transmits it to the computers for use. Get in-depth about RFID tag and its working through exclusive images at the Insight about RFID tags.

Active and passive RFID are different technologies but are usually evaluated together. Even though both of them use the radio frequency for communication between tag and reader, means of providing power to tags is different. Active RFID makes use of battery within tag for providing continuous power to tag and radio frequency power circuitry. Passive RFID on the other hand, relies on energy of radio frequency transferred from reader to tag for powering it.
Passive RFID needs strong signals from reader but signal strength bounced from tag is at low levels. Active RFID receives low level signals by tag but it can create higher level signals to readers. This type of RFID is constantly powered, whether in or out of the reader’s field. Active tags consist of external sensors for checking humidity, temperature, motion as well as other conditions.
RFID frequencies
Just like you can tune a radio in various frequencies for listening to different channels, RFID readers and tags need to be tuned in to a same frequency for communication. RFID system uses various frequencies but most common and popularly used frequency is low, high and ultra high frequency. Low frequency is around 125 KHz, high is around 13.56 MHz and ultra high varies between 860-960 MHz. Some applications also make use of microwave frequency of 2.45 GHz. It is imperative to choose right frequency for an application as radio waves work different at various frequencies.

RFID has been around since II World War but was viewed as too limited and expensive in functionality for most of commercial use. With advancement in technology, cost of system components has reduced and capabilities have increased, making RFID more popular.
Léon Theremin invented a surveillance tool for Soviet Union in the year 1945. This tool retransmitted the incident radio waves along with audio information. Sound

Fig. 2: Diffrent Components Of RFID Tag
waves vibrated diaphragm that altered the shape of resonator, modulating reflected sound frequencies. This tool was not identification tag but a secret listening device. But it is still considered as predecessor of the RFID technology due to it being energized, passive and stimulated by outside electromagnetic waves. Similar technology as IFF transponder was invented in UK in the year 1915 and was regularly used by allies in the II World War for identifying aircrafts as foes or friends. The transponders are used for by powered aircrafts till date.
Invented in 1973, device by Mario Cardullo is known to be a true ancestor of the modern RFID. Initially the device was passive and was powered by interrogating signals and had transponder 16 bit memory for application as toll device. The basic patent by Cardullo covers application of RF, light and sounds as the transmission media.
Early exhibition of the reflected power RFID tags, semi passive and passive was presented by Robert Freyman, Steven Depp and Alfred Koelle. This portable system used around 12 bit tags and worked at 915 MHz. And the first patent associated with abbreviation of RFID was approved to Mr. Charles Walton in the year 1983.

The role of RFID is not just confined to Aircraft identification anymore; it is also lending a hand in various commercial uses. Asset tracking is one of the most popular uses of RFID. Companies are using RFID tags on the products that might get stolen or misplaced. Almost each type of Radio frequency Identification and Detection system can be used for the purpose of asset management.
Manufacturing plants have also been using RFID from a long time now. These systems are used for tracking parts and working in process for reduction of defects, managing production of various versions and increasing output. The technology has also been useful in the closed looped supply chains for years. More and more companies are turning to this technology for tracking shipments among the supply chain allies. Not just manufacturers but retailers also are using this RFID technology for proper placement of their products and improvements in the supply chain.
RFID also plays an important role in the access and security control. The newly introduced 13.56 MHz RFID systems provide long range readings to the users. The best part is that RFID is convenient to handle and requires low maintenance at the same time.

RFID definitely has an edge over conventional technology of bar codes. RFID reader easily pulls data from tag at greater distances as compared to barcodes. Range

Fig. 3: Represantaional Images For Comparing Bar Code Tags with RFID Tags
in case of RFID is around 300 feet as against 15 feet of barcodes. So RFID tags can be read much faster as compared to barcodes. While reading the barcodes is time consuming, RFID readers can interrogate rates of more than 40 tags in a second.
Need of line of sight in case of barcodes restricts reusability and ruggedness of the barcodes. RFID, on the other hand are rugged, since its components are protected in plastic cover. The Radio frequency Identification and Detection can also be fitted within the products for ensuring greater reusability and ruggedness. Unlike barcodes, RFID tags can be used as write and read devices. One can use RFID tags for communicating with the tag and for altering the information stored on it.

Present trends point towards the fast growth of RFID in the next decade. With around 600 million RFID tags sold in the year 2005 alone, value of market including systems, services and hardware is likely to grow by factor of 10 between years 2006 -2016. It is expected that total number of RFID tags delivered in the year 2016 will be around 450 times as compared to the ones delivered in the year 2006.
Commercial applications using Radio Frequency Identification and Detection like logistics, transport, supply chain supervision, processing, manufacturing, medicine, access control are also likely to grow by leaps and bounds. But this smart technology will influence consumer sectors and government too. Barcodes and RFID will coexist for years to come, although the latter is expected to replace the former in many sectors.