The recent few years have been pushing robot development at an exponential growth. We have seen countries launching their own robot army, robots that can fly, robots that can bomb a territory or those who can spy. Even Hollywood movies are showing robots taking cities down and saving or ruining human lives.

In this robotic cacophony, finding out something real constructive robots becomes a tough task. This where these DIY on toy robots bring some hope. Designed to make young brains assemble their own bots, toy bots don’t turn into grey or metallic beasts. Instead, they take small birds and cute models as their final shape. 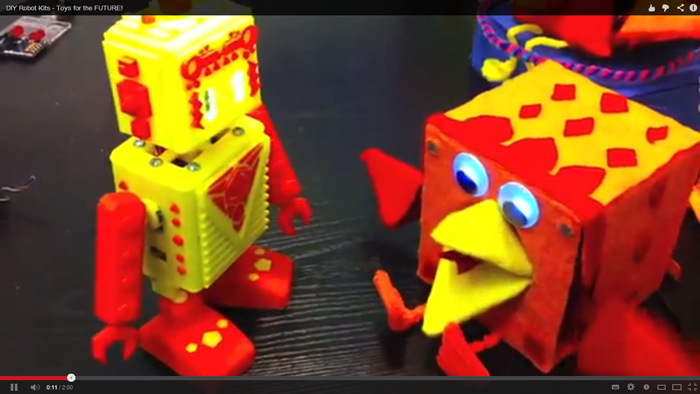 The brain, rather the superbrain behind this idea, is Erin Kennedy a.k.a RobotGrrl.  She calls these bots are RoboBrrds. These robots bring a fascinating idea: Technology used for making imaginative creatures as real robots. Meanwhile, real engineering skills are learned that will have the potential to further their interests.

These robots bring the classic look & feel of a toy, but they are designed to be put together and tinkered with. You construct the chassis, solder the brain of the robot, and program it. From there, it is up to your imagination on how to make your robot interact with the world. On her website, Erin has showed a demo video of what one can do and how popular has it became among its users. Check this video to know how the robot has changes lives.

One of the fun things to think about is that DIY robots are really one of several stepping stones to ultimate goal: making robots become creatures themselves, where they have their own robo-culture, stories that they pass down from generation to generation, and personalities… a real robot society!