Continue to Site
Oh Open Source, you and your wonders never fail to amuse!!! Your software has taken a giant leap from simple hardware computers to the stupendous International Space Station. Your hardware has come a long way in teaching electronic circuit working to create some marvelous projects. Ever imagined what would happen when open source hardware is able to run an open source operating system which is as smart as Microsoft Windows? And since it is open hardware based, you can carry it in your bag when you anywhere. How does that sound??
To give you an idea, let us take our salesman hats on!! Do you know how powerful the Beagle Board is?? Check some of its hardware specs:
· Processor: AM37x 1GHz ARM Cortex-A8 compatible
· More than 2,000 Dhrystone MIPS
· Up to 20 million polygons/second graphics
· HD video capable C64+TMDSP core
· 512 MB LPDDR RAM
Connectivity
·2D/3D graphics accelerator
·4 USB 2.0 ports
·MMC/SD connector
·DVI-D port
·S-Video port
·USB mini AB connector
·Ethernet 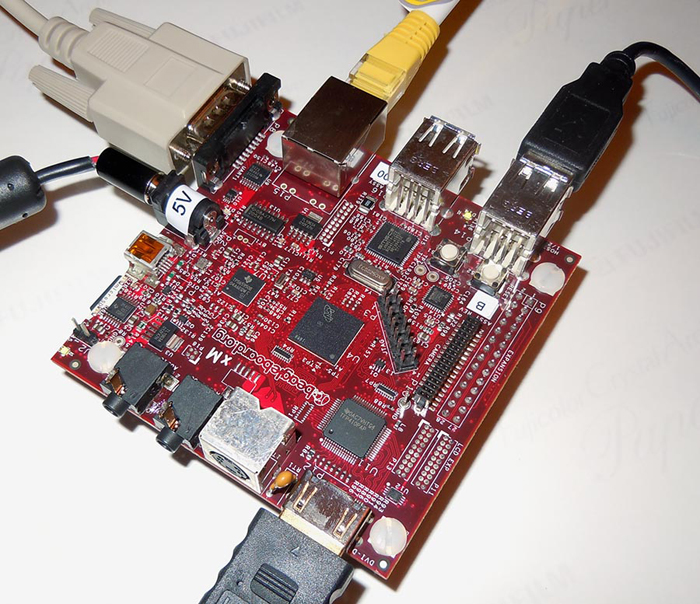 Crafted on a Beagle Board with Ubuntu, this blog post by Jonas K. Pedersen gives out his experience on how tried to install Ubuntu 12.04 on a Beagle Board. Why did he do that? Mr. Pedersen is working on a project named “Human Interface” (that’s what the blog reads) and is trying to make Siriproxy work. Something from The Apple to open source!!!! How is he doing now? Has he done it?? Well, he and his team mates (Alexander Christensen, Jonas Borunovas and Andrei Popa) are giving their best to it. They have switched to Raspberry Pi from Beagle Board now, but in the middle of the journey of this entire “doing something new” project, they definitely have given us a lot more to explore and hack around!!!
Filed Under: Reviews