Now considering the intricate world of quantum computing, where bits of data can simultaneously hold multiple states beyond one and zero, and the potential threats become even much trickier to handle. Even so, the scientists at the University of Ottawa have disclosed clues that could aid administrators and supported safeguard quantum computing networks from external attacks.

“Our group has structured the first high-dimensional quantum cloning machine efficient of performing quantum hacking to intercept a safe and secured quantum message,” says University of Ottawa Department of Physics lecturer of Ebrahim Karimi, who holds the Canada Research Chair in structured Light. “Once we were able to analyse the results, we introduced some very essential clues to aid protect quantum computing networks against the potential hacking threats.”

Quantum systems were considered to offer perfectly safe data transmission as until now, attempts to copy the transferred data resulted in an altered or deteriorated version of the original information, thereby defeating the purpose of the initial hack. Conventional computing enables a hacker to simply past and copy the information and substitutes it exactly, but this does not hold true in the quantum computing world, where attempts to copy quantum information or the qudits lead to what Karimi refers to as the ‘bad’ copies, till now. 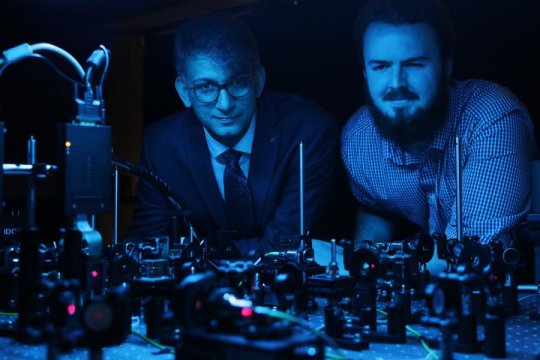 For the very first time, lecturer Karimi’s group was able to clone the photons that transfer information, namely the single carriers of light known as qubits, we well as the quantum theory enables, meaning that the clones were almost exact substitutes of the original information. But, in addition to undermining what was conventionally thought to be a precise way of securely transferring information, the scientist’s analyses disclosed promising clues into how to safeguard against such hacking.

“What we identified was that when bigger volumes of quantum information are enclosed on a singular photon, the copies will get worse and hacking even become much simpler to detect,” says Frederic Bouchard, a University of Ottawa doctoral student and head author of the open access publication that was introduced this month in a journal.

“We are also able to reveal that cloning attacks introduce particular, observable noises in a safe quantum communication channel. Ensuring photons contain the biggest volume of information possible and monitoring these noises in a safe channel should aid strengthen quantum computing networks against the potential hacking threats.”

Karimi and his group expect that their quantum hacking efforts could be employed to study the quantum communication systems, or more generally to study how quantum information travels across the quantum computer networks.