These are researchers from the University of Twente’s MESA and research institute who have introduced a technique for analyzing individual defects in all sorts of computer chips, each of them comprising millions of minor defects. Earlier studies reveal that it was not possible to do so and find small flaws in such large number. But, fundamental study shows the research conducted by University of Twente scientists has now made it feasible to enlarge and view defects and study them on individual basis.

It is expected that this knowledge would be of great benefit to the semiconductor industry as a whole. Computer chips mainly comprise multiple highly small issues. There are often as more as ten billion defects per square centimeter. The bulk of such defects pose no problems in practice, but the big numbers involve enormous challenges for the industry. It is one of the just barriersto the further miniaturization of chips on the basis of current technology. Hence, it is essential to avail a detailed understanding of how such issues occur, or where they are placed and of how they behave.

Till not, it has been feasible to analyze the individual issues, because of the big number of defects on each chip and the fact that they are closely spaced defects influence each other. For such reason, the defects were always analyzed in ensembles of several million at one point of time. But, such approach suffers from the challenges that are just yields a limited volume of information on individual issues. 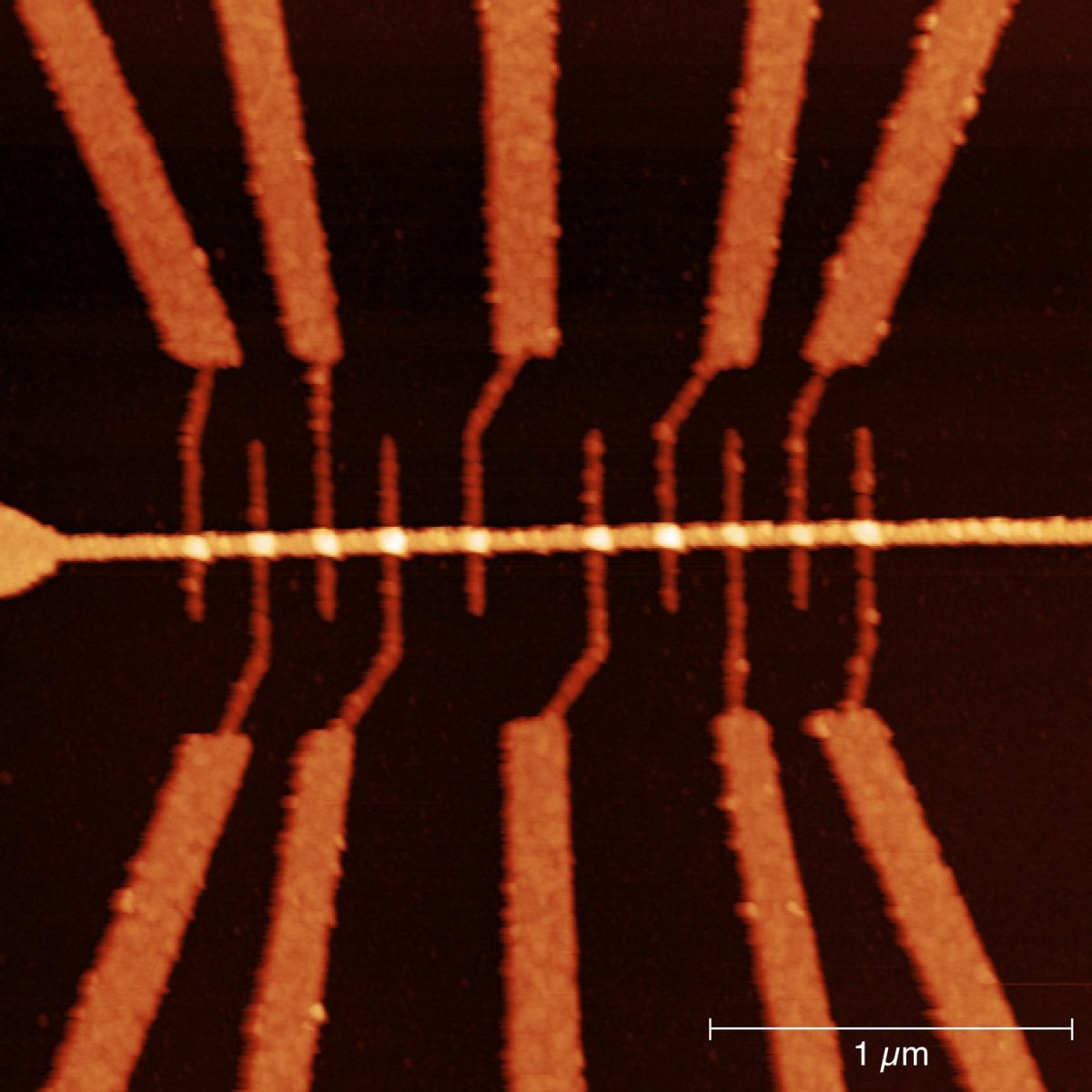 A team of University of Twente scientists headed by Dr, Floris Zwanenburg have now introduced an intelligent technique that makes it feasible to study individual issues in transistors. Working in the University of Twente’s NanoLab, the scientists initially prepared chips comprising eleven electrodes. They comprise of a group of ten electrodes 35 nanometers wide and placed perpendicularly above them, a singular electrode 80 nanometers long. Dr. Zwanenburg compares such electrode to taps, not just for water, but for electrons that the scientists can alter on and off.

The scientists first turn on the long electrode, the ‘stopcock’. At a temperature of -270 degrees Celsius, they then close and open the other taps. It allowed them to place the leaks and identify the electrodes beneath which defects are located. It appeared that there were defects under every single electrode.

As explained by Floriz Zwanenburg,” the behavior of individual issues is of great significance as it will enhance our understanding of issues in contemporary electronics. Of course, the electronics in question function at room temperature and are not placed right at the exceedingly low temperatures employed in our study.”