In this study, the scientific group utilized the interaction between matter and light to identify the substance properties at the molecular level utilizing Raman spectroscopy. It is a method that, till now, has been chiefly applied to material science.

It has been possible because of material coupling of the Raman spectrometer, with a microscope. As in this way, the microscope becomes a useful tool for identifying micro – objects like tissues and cells. Raman spectroscopy introduced clear benefits for such sort of investigation. The molecular linkage and the modification of sub – cellular compartments can be obtained in label – free conditions with the non – invasive techniques and under physiological conditions, enabling the investigation of a big variety of biological procedures both in vivo and in vitro.

Once the biocompatibility of the substrate was identified and the functionality of the adhering cells examined, the next part of such puzzle is linking with the electrical component. In such situation a memristor was utilized. “Its name discloses its peculiarity, it possesses a kind of ‘memory’, relying on the volume of voltage that has been linked to it in the past, it is able to differ its resistance, as of a change of its microscopic physical features,” says Silvia Caponi, a physicist at the Italian National Research Council in Rome. 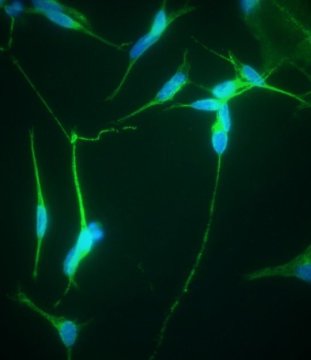 By linking memristors, it is feasible to prepare pathways within the electronic circuits that work similar to the natural synapses, which introduce variable weight in their linkages to reproduce the learning mechanism. Layers of organic polymers, such as polyaniline a semi-conductor polymer, also possess memristive properties, enabling them to function directly with biological substances into a hybrid bio – electronic system.

“We applied the identification on a hybrid bio – inspired equipment but in a prospective view, this study offers the proof of concept of an integrated study able to identify the status of living cells in a big range of applications that merges nanosciences, bioelectronics and neurosciences, “ says Caponi. A big natural objective of this study would be to interface machines as well as nervous systems as seamlessly as possible.

The multidisciplinary group is all set to create on this proof of principle to realize the potential of memristor networks. “Once confirmed he biocompatibility of the substances on which neurons grow,” says Caponi. “We intend to define the finest configuration for the neuron – memristor interface to offer a complete working hybrid bio – memristive system.” The study is also supported by PAT.