Continue to Site
Now, Princeton engineering scientists have highlighted another path forward the LED technologies. The scientists introduced a method in which nanoscale perovskite particles self-assemble to generate more effective, durable and stable perovskites based on LEDs. Such advancement could substitute the use of perovskite technologies in commercial applications like television, lasers, lighting and computer screens.
“The performance of perovskites in the solar cells has truly taken off in current years and they have features that offer them a lot of promise for LEDs, but that inability to create bright and uniform nanoparticle perovskite films has constrained their potential,” says Barry Rand an assistant lecturer of electrical engineering and Andlinger Centre for Energy and the Environment at Princeton.
“Our novel method enables such nanoparticles to self-organize to create ultra-fine grained films, an upgrade in fabrication that makes perovskite LEDs look more like a viable alternative to current technologies,” says Rand, the head scientist.
LEDs release light when the voltage is applied across the LED. When the light is switch-on, electrical current shifts electrons from the negative side of the diode to the positive side. This releases energy in the sort of light. LEDs function best when such current can be strictly regulated. In Rand’s equipment, the thin nanoparticle-based films enabled just that.
LEDs have numerous benefits over incandescent bulbs, comprising longer life, energy efficacy, durability, smaller size, and low-heat. While they are still more costly than fluorescent lights for room illumination, they are more energy effective, light up faster and combat fewer environmental concerns related to the disposal. 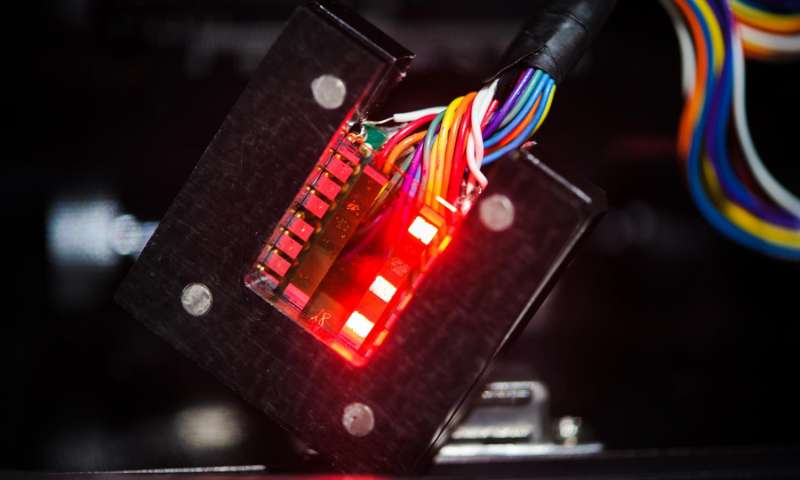 Rand’s group and other scientists are exploring perovskites as a potentially cost-effective alternative to gallium nitride and other substances used in LED manufacturing. Cost-effective LEDs would augment the acceptance of the bulbs, diminishing energy use and environmental impacts.
Perovskite in a mineral primarily discovered in the mid-80s in Russia and named in honor of the Russian mineralogist Lev Perovski. The term ‘perovskite’ relates to a group of compounds that share the crystalline structure of Perovski’s mineral, a different combination of diamond and cuboid shapes.
Perovskites showcase a range of intriguing features – they can be superconductive or even semiconductive, depending on their structure that makes them promising substances for use in electronic devices. In current years, they have been touted as a lucrative substitute for silicon in solar panels, cheaper to manufacture while delivering equal efficacy as some silicon-based solar cells.
Russell Holmes, a lecturer in engineering and materials science at the University of Minnesto, said that the Princeton study brings perovskite-based LEDs closer to commercialization. “Their potential to regulate the processing of the perovskite generated ultra-flat, nanocrystalline slim films suitable for high efficacy devices,” says Holmes, who was not involved in this research. “Such elegant and usual processing scheme will likely have extensive application to other perovskite active minerals and device platforms.”
Filed Under: News