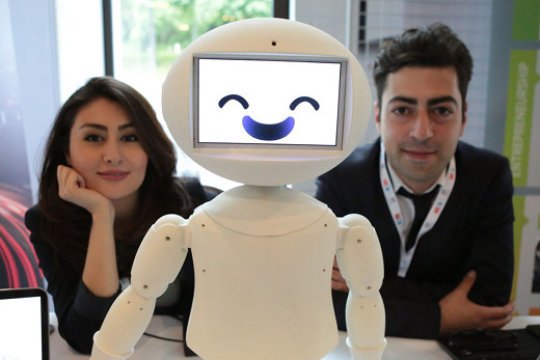 Social robots can be utilized in health or educational system, where they would help therapists and trainers in their work. These are social robots that can be programmed for practicing vocabulary with students as well as to create rehabilitation exercises to patients with stroke problems.

It is a start-up LuxaI named robot that was created after conducting a research project at the Interdisciplinary Centre for Reliability, Trust, and Security of the Luxembourg University. The project was sponsored by the Luxembourg National Research Fund under the Proof Concept Scheme.

The LuXaI’s business model intends to construct and develop the so-called social robots. Such robots are useful for various applications. For instance, these robots can be used in the health or educational system, where they would support the therapists and trainers in their work. The best thing about these robots is that they can be self-programmed and used to cater numerous applications. From training the students to enhance their vocabulary to help patients perform rehabilitation exercises, the social robots are useful in different aspects.

The ‘AI’ in LuxAI here denotes Artificial Intelligence. “These robots are intended to communicate with humans and are processed to a huge deal of information very swiftly, and adapt to their characteristics on the basis of their interaction with others,” says Dr. Pouyan Ziafati, the CEO of LuxAI. He also described his doctoral thesis on robotics and artificial intelligence at the SnT and introduced LuxAI on its basis. “Dr. Pouyan also revealed that it is the very first social robot to be introduced out of Luxemberg,” says Ziafati. “We have already operated the prototype through practical experiments and tests. It obtained fantastic scores for its societal expressiveness, ease of use and emotionality.”

Programming is the heart of every robot as it is its core software. The social robot from LuxAI is created by a so-called Robot Agent Programming Language that is defined by Ziafati for his doctorate language and adapted to the requirements of social robots. This programming language is ultimately accessible to the IT experts. “Practitioners who intend to train their robots on how to teach and handle stroke patients, for instance, they cannot learn their way into this program,” says Ziafati. “They require an interface through which they can program the entire robot naturally and intuitively.”

LuxAI in association with the Autonomous Robot Lab of the Communications and Computer Science Research Unit (CSC) of the University of Luxembourg has organized the entire interface. It is grounded by same Android platform as it is widespread on smartphones and can create social robots that are ideal for the entire mass market, is what assured by Ziafati. “The non-technical expert individuals have identified their very first experiments with robots. They were able to synchronize their robots for around time of 20 minutes.”

“The social robots will never be replaced by skilled personnel, but they can support them, it is because they have ample time and can perform routine tasks,” says Ziafati.