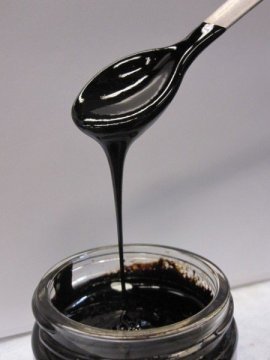 The technology named as hydrothermal liquefaction copies the geological circumstances that the Earth uses to prepare crude oil, utilizing high pressure and temperature to accomplish in minutes something that takes the Mother Nature millions of years to do. The resulting substance is equal to petroleum pumped out of the ground, with a tiny volume of oxygen and water mixed in. such bio crude can hence be refined using traditional petroleum refining operations.
Wastewater treatment plants across the United States treat accurately 34 billion gallons of sewage every day. That volume could release the equivalent of up to closely 34 million barrels of oil per year. PNNL measures that a singular person could release two to three gallons of bio crude oil per year.
Sewage, specifically speaking sewage sludge has long been considered as a poor ingredient for releasing biofuel as it is too wet. The technique being analysed by PNNL measures the requirement for drying in a majority of current thermal technologies expensive and energy intensive. HTL may also be utilized to prepare fuel from other sorts of wet organic feedstock, like agricultural waste.
Employing hydrothermal liquefaction, organic matter like human waste can be broken into simpler chemical substances. The material is compressed to 3,000 pounds per square inch – closely hundred times that of a car tire. Compressed sludge then reaches into a reactor unit operating at about 660 degrees Fahrenheit. The pressure and heat cause the cells of waste substance to break down into distinct fractions – aqueous liquid and bio crude phase.
“There is abundance of carbon in municipal waste water sludge and it also comprises fats,” says Corinne Drennan, a researcher at PNNL. “The lipids or fats appear to boost the conversion of other substances in the wastewater like toilet paper, keep the sludge shifting through the reactor and release a very high – quality bio crude that when refined generates fuels like diesel, gasoline and jet fuels.
“The finest thing about this procedure is how simple it is,” says Drennan. “The reactor is a hot, pressurized tube. We have truly boosted hydrothermal conversion technology over the last six years to prepare a regular and scalable procedure which enables the use of wet waster such as sewage sludge.”
CONCLUSION
An independent analysis of the Water Enviornment and Reuse Foundation considers HTL an exceedingly disruptive technology that has ability for treating waste water solids. RF and WE investigators noted the procedure has high carbon conversion efficacy with closely 60 percent of available carbon in basic sludge becoming bio-crude. PNL has certified its HTL technology to Utah – based Genifuel Corporation that is now working with Metro Vancouver, a partnership of 23 local companies in British Columbia, Canada to create a demonstration plant.
Filed Under: News