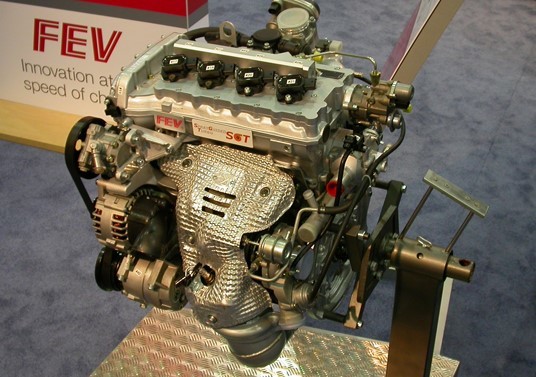 Better performance and higher fuel efficacy is one of the biggest challenges for every carmaker that is faced by them on a regular basis. Recently, a team of automotive engineers designed a Gasoline Direct Injection (GDI) based engine. And the results came through, in total the total percentage of new cars sold with GDI engines went from 5-46 percent from 2009 to 2015. But all good things must come to an end especially when they are against nature.

A team of engineers working at the University of Toronto recently discovered that the GDI engines generate more black carbon that acts as climate warming soot and other harmful organic compounds like toluene and benzene. If interpreted in clear terms, the benefits of emitting less carbon dioxide in air is being compensated by emission of VOCs and black carbon.

A professor from University of Toronto’s chemical engineering department, Greg Evans, “The whole motivation for creating these engines in the first place was fuel efficiency. But what we haven’t considered are the other climate-related emissions. If a vehicle smits a small amount of soot, it can completely negate the lower amount of CO2 that its’ emitting.”

Dr. Nami Zimmerman and Professor Jim Wallace made a study on chemical composition of emissions from GDI engines and discovered that GDI emissions ranked at 73rd positions among all vehicles that were studied for black carbon. The potential to be eco-friendly for GDI enngines depends on temperature, vehicle lifetimes, and fuel composition. Zimmerman says, “We found that in some cases, you need up to 20 percent improvement in fuel economy in order to offset black carbon emissions. Offsetting the black carbon might be realistic in a place like California, where fuel composition is more strictly regulated and seasonal temperatures fluctuate less, but it’s harder to achieve in Canada.”

Therefore, considering these should GDIs be discontinued? In the present world, GDI doesn’t seem to be having a high impact on fuel economy of engines. These clearly do not justify replacement of PFI engines these days. The researchers would need to showcase important improvements in the harmful effects that GDI make on environment.