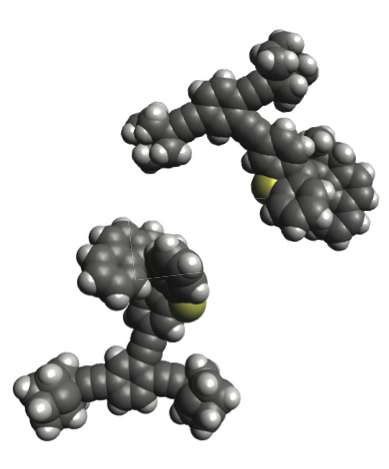 A team of scientists working at the University of Graz in Austria and the Rice University, recently celebrated a big accomplishment when they were able to drive single molecule “nanoroadsters” with three wheels with simple light rays. The Rice lab belonging to James Tour, the nanocar inventor as well as a chemist, has been working on these vehicles from last six years. However, to move these vehicles they had to take help from Austria based physicists and are now driving fleets of single-molecule vehicles altogether.

Tour says, “It is exciting to see that motorized nanoroadsters can be propelled by their light-activated motors. These three-wheelers are the first example of light-powered nanovehicles being observed to propel across a surface by any method, let alone by scanning tunneling microscopy.” They could have driven these vehicles with tip of tunneling microscopes or chemical, yet they chose light as it provider better prospects in this respect. The light they used for this purpose has distinct wavelength that helps these tiny structures in moving across the copper surface. These vehicles have also been blessed with rear-wheel molecular motors that keep rotating in a single direction whenever it gets hit with light. The rotation helps the vehicle in moving ahead imitating the motion of paddle wheel over water surface.

Remote control is one of the important keys that makes these car very useful. Tour further explains, “If we have to ‘wire’ the car to a power source, like an electron beam, we would lose a lot of the cars’ functionality. “Powering them with light frees them to be driven wherever one can shine a light—and eventually we hope they will carry cargo. This is precisely what we seek—to use a light to activate motors and have swarms of nanovehicles moving across the surface, made directional through electric field gradients. This would permit us the future prospect of using nanomachines like ants that work collectively to perform construction.