Continue to Site
SPEED – a buzz word in today’s scenario, is a measure of “how fast”. Everybody is in a rat race and wants to run at the fastest speed. ‘Speed’ is used in variety of contexts and is measured using variety of methods in their own contexts.
According to physics, speed is related to motion. Distance travelled by a moving body in a given time is called speed. Other related terms are angular speed, velocity, and angular velocity. Angular speed is the angular distance per unit time. (Linear) Velocity and angular velocity are vector quantities and are defined as displacement (linear/angular) per unit time.
Measurement of speed is of great significance in variety of application involving some form of motion. While moving in a car/ train or flying in an aircraft or sailing in a ship, we are often interested to know how fast we are moving. In engine control systems, it is imperative to know the speed of moving gears (camshaft/ crankshaft). Scientists involved in missile/rocket systems need to know the velocity at various stages of the flight. Similarly, there are many applications where  measurement of speed is of interest.
Speed is measured using different kinds of sensors operating on different principles. Subsequent sections will discuss various kinds of sensors used for measurement of speed (and related vector quantity, velocity).
SENSING PRINCIPLES
Various kinds of principles are employed in speed sensors. Some of them are listed below
1.   Variable reluctance based
2.   Hall effect based
3.   Eddy Current based
4.   Radar Doppler based
5.   LIDAR based
6.   Accelerometer based
7.   Pitot tube based.
8.   Pitometer based.
VARIABLE RELUCTANCE SPEED SENSORS
Variable Reluctance (VR) sensors convert mechanical motion to electric energy without direct contact when positioned near a gear, shaft, rotor, or other regularly moving device. The output signal can be fed electronic circuit. The sensor provides a uncomplicated, accurate, reliable, inexpensive transducer for highly sophisticated control systems.
Variable Reluctance sensor consists of a coil of wire wound around a cylindrical magnetic material, typically a ferrous material and is referred to as a pole piece.  A magnet is attached behind the pole piece, creating a magnetic field through the pole piece and winding. This magnetic field projects out from the pole piece front, also known as the sensor tip.

Fig. 1: Inside View of Variable Reluctance Speed Sensor
As the ferromagnetic material, e.g., gear teeth, flywheel or other target features, pass by the sensor tip, the magnetic field is disrupted. The amount of magnetic flux passing through the magnet, and consequently the coil, to varies. Due to the time varying flux, a voltage is induced in the coil.
When the target feature is moved close to the sensor, i.e. the air gap between the sensor and the target is reduced, the flux increases. When the target is moved further away, the flux reduces. Thus, the motion of the target feature results in a time-varying flux that induces a proportional voltage in the coil. The amplitude and frequency of the induced voltage is proportional to the speed of the target feature.
This voltage signal is fed to the electronic circuitry that processes it to output the signal in the desired format.
Typical applications of these sensors are the measurement of speed of Gear tooth (in Crankshaft, Camshaft) and sensing the turbine speed of a jet engine.
Advantages

·      As the wire and magnets used are pretty inexpensive, these sensors are low cost sensors
·      They are light weight, robust and can work in harsh(high temperature and high vibration) environments
Disadvantages

·      Target material must be ferrous only.

·       As the magnitude of the induced voltage in these sensors is proportional to target speed, it becomes difficult to design circuitry appropriate for very low speed signals. Thus Variable Reluctance sensors have a definite lower limit on the speed of the target.
·      Though sensors themselves are cheap, the cost advantage is offset by the additional electronic circuitry required to process the low amplitude induced voltages.

Hall Effect speed sensor uses a Hall Effect transducer element between the magnet and the target. As in VR sensors, the induced flux due to movement of the target is detected. But, a Hall transducer is sensitive only to the magnitude of flux; it does not sense its rate of change.
Hall Effect speed sensors overcome the limitation of VR sensors of lower speed limit. Hall Effect speed sensors can detect targets moving at arbitrarily slow speeds, or even the presence or absence of non-moving targets. It supports zero speed sensing.
The target material can be either ferrous or magnetic.
Advantages
·      Signal processing electronics is often integrated into the same package as the transducer. Most Hall Effect speed sensors directly provide a digital output signal that is directly compatible with digital logic, microcontrollers, and PLC’s
·      This reduces the amount of pickup from interference sources, and makes Hall Effect speed sensors highly immune to Electromagnetic Interference induced malfunctions and failures.
·      Available sensors support operating temperature ranges of –40°C to +150°C.
EDDY CURRENT SPEED SENSORS
Eddy Currents are closed loops of induced current circulating in planes perpendicular to the magnetic flux. They normally travel parallel to the coil’s winding and the flow is limited to the area of the inducing magnetic field. 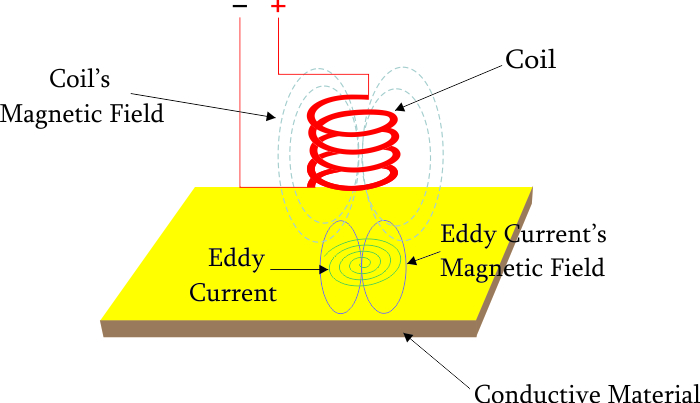 Fig. 3: Diagram Showing Working Principle of Eddy Current Speed Sensor
Applied alternating current fed to the coil induces a primary magnetic field. Primary magnetic field induces eddy currents in the electrical conducting material (in vicinity of the coil). Eddy currents, in turn, induce secondary field. This secondary magnetic field has an effect on the coil impedance. Presence or absence of the conducting material alters the secondary field and in turn, the coil impedance. Change in the coil impedance can be measured to detect the presence, absence and the rate of presence of the conducting material/body.
Eddy Current principle is utilized in speed sensors the same way as Variable reluctance or Hall Effect. However, they need a preamplifier or a signal conditioner to operate. When a target is present, eddy currents are formed causing decrease in signal amplitude. The preamplifier demodulates the signal, detects the changes in voltage and produces an output whose frequency is directly proportional to the target speed, e.g, number of blades, teeth, etc.
Eddy Current Sensors have been in use in speedometers of cars /motorcycles since long. While in motion, a speedometer cable (with a small magnet) turns. Magnetic field of the magnets is influenced by an aluminium cup coupled with the analogue speedometer pointer. As the wheel moves, cable turns, magnetic field interaction takes place eddy currents are generated, primary and secondary magnetic field exerts a torque on the cup coupled with the pointer.
Advantages

Echo of a radar signal sent toward a moving target will have its frequency shifted and the shift in the frequency is related to the velocity of the moving target. This occurs due to Doppler Effect.

When the target is approaching, the Doppler shift will be more and when target is moving away, Doppler shift increases. The phenomena are used to measure the velocity of the target.
An example of Doppler radar is speed gauges (also called Radar Speed Gun) used by the police. These are unmodulated CW radar in which the transmitted signal is constant in amplitude and frequency. They measure speed by using the Doppler-effect.
If a vehicle is traveling directly at the radar, the relative speed is actual speed. If the vehicle is not traveling directly toward (or away) the radar but slightly off to avoid a collision, the relative speed with respect to the radar is slightly lower than actual speed due to the Cosine Effect.  This happens becausethe measured speed is directly related to the direction of travel and the cosine of the angle (alpha) between the radar.

that processes the measured data to estimate theposition and speed of the target. Velocity estimates are made using a tracking filter or by measuring the change in range as determined by the varying time of flight between successive pulses.

Cosine effect is applicable to LIDARs as well.
ACCELEROMETERS
A very common method for measuring velocities in situations where magnetic field based sensors are not practical is to use accelerometers.
Acceleration is rate of change of velocity with respect to time. Hence integration of the acceleration profile of a body gives the velocity profile of the moving body.

Fig. 7: Measuring The Force of Mass
Variety of sensing principles has been used in the accelerometers. However, underlying concept is the same. As per Newton’s 2nd  law (F = ma) a sensor may be made to sense acceleration by simply measuring the force on a mass. Therefore, it is sufficient to provide a component which can move relative to the sensor’s housing and a means of sensing this movement.
Nowadays, commercially available accelerations are using MEMS technology. Additional circuitry needs to be used to integrate the accelerometer output to obtain the velocity of the moving object.

PITOT TUBES
Pitot tubes are used by the aricrafts  for measurement of their flying speeds. Pitot based system functions as the speedometer of the aircraft.
Pitot tubes comprises of two tubes(ports); one in the direction of flow and one in a direction perpendicular to flow direction. When the aircraft is moving, the tube get filled with the fluid(air). As the moving fluid comes to rest, the pressure exerted by the moving fluid is called stagnation pressure or total pressure. This pressure is measured through the central tube which is in the direction of flow.
The static pressure is measured using the ports perpendicular to the direction of fluid flow.

Fig. 8: Images Explaining How Pitot Tubes Work
With the knowledge of total pressure and static pressure and using the following relationship,
Total Pressure = Static Pressure + Dynamic Pressure,
Dynamic pressure can be computed. Dynamic pressure is proportional to the velocity of the aircraft and therefore, velocity can be derived from the dynamic pressure. For measurement of pressure, differential pressure sensors can be used.
Pitot tubes are integral part of airspeed indicators.
PITOMETERS
Pitot tubes are used for aircrafts; Pitometers are used for ships and submarines. Pitometers measure the speed of the ship with respect to the water.
Principle of operation of pitometers is similar to that of Pitot tubes. Pitometer also have two ports; one facing the direction of seawater and one perpendicular to the direction of seawater. Port facing seawater measures total pressure and the port in perpendicular direction to seawater measures static pressure. Dynamic pressure being the difference of the two can be measured using differential pressure sensors. Also, as dynamic pressure is proportional to the velocity of the body.
SELECTION OF SPEED SENSORS
1.   Application Scenario
Though selection of a speed sensor depends upon number of factors, it is primarily dependent upon the application.
2.   Type of Output
One of the factors may be the output format; digital or analog.
3.   Target Details(for sensors operating on principle of magnetic field)
The output of a speed sensor is highly dependent upon application details such as the size, shape and material of the target.
4.   Operational temperature range.
Selected sensor must be able to operate in the complete operating range
Filed Under: Articles
Tagged With: eddy current, hall effect, radar doppler speed sensor, sensor, speed sensor