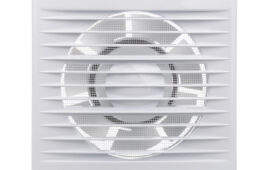 Many of us have modular kitchen which have chimney to extract smoke out so that smell of smoke will not fill in kitchen and avoids the harmful effects of smoke on furniture and kitchen utensils. But sometimes it happens we forget to switch on the chimney which results in smoke in kitchen and sometimes we forget to off the chimney leading to the wastage of electricity and money. So to solve this problem we have described a circuit which will switch on the fan automatically when smoke reaches to point and off the fan automatically.You can also use this circuit while soldering because as we know solder fumes are not good for health so it will on the fan to extract the smoke present in room leaving smoke free area.