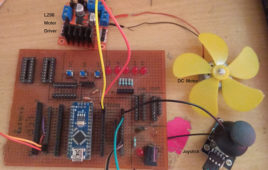 Much like the name suggests, DC motor controllers control the speed and direction of a DC motor. To change the direction of the motor, however, the supply it receives must be reversed. And, to vary the DC motor speed, a pulse-width modulation (PWM) signal or wave must be applied to it.  As the pulse width… 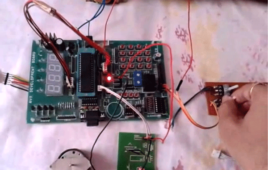 In many of the applications it is required to alter the direction of DC motor instantly. Like in washing machine, mixer, drilling machine winding – rewinding machine etc. Changing the direction of DC motor using joystick is most suitable and handy method.In industries the joystick control is most preferable way to control machinery that is operated with DC motor. The best example is 3 axis or 2 axis DC motor operated crane. In this, 3 (or 2) DC motors  moves crane up or down, rotate it left or right using 3 (or 2) joysticks 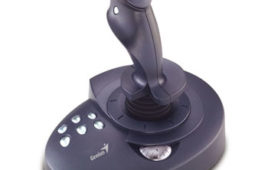 If you have ever visited a video game parlour to play a video game, you definitely would have used a JOYSTICK. Originally invented for flight controllers and motion simulators, they gained acceptance in number of systems, ranging from video games to industrial systems.   Millions of video game enthusiasts, crane operators, etc. would owe a debt of gratitude to the inventor of this wonderful device, a joystick, though the inventor of this device is not quite known. The word ‘Joystick’ was used first by Robert Loraine and was cited in the Oxford English Dictionary, though he didn’t invent the device. Mr. Robert Esnault – Pelterie is also mentioned to be an originator of this buzz word. A E George along with Jobling used a stick for the first time when they flew an aircraft and this stick gained popularity as Joystick.