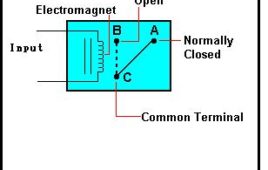 Relay is a very important device now days. They are used in various circuits and many of us have problem of how to use a relay. With the help of this article I have tried to explain two things firstly the Working of relay and secondly how to use a relay. As we know relay is a device which is used to provide connection between two or more points or device in response to the input signal applied.  In another words relay provide isolation between the controller and the device as we know devices may work on AC as well as on DC. However, they receive signals from microcontroller which works on DC hence we require a relay to bridge the gap. Relay is extremely useful when you need to control a large amount of current or voltage with small electrical signal. 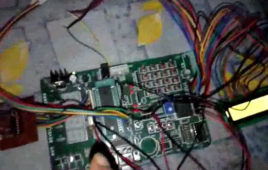 The temperature controller or monitoring system is one of the most required systems in almost all processing and manufacturing industries. Here, the given application demonstrates completely new kind of temperature monitoring and control system. It monitors temperature, display it, send signal wirelessly to remote monitoring node and give alarm signal to this remote node when temperature exceeds beyond critical limit. A relay is an electrically operated switch. Many relays use an electromagnet to operate a switching mechanism mechanically, but other operating principles are also used. Relays are used where it is necessary to control a circuit by a low-power signal (with complete electrical isolation between control and controlled circuits), or where several circuits must be controlled by one signal. The first relays were used in long distance telegraph circuits, repeating the signal coming in from one circuit and re-transmitting it to another. Relays were used extensively in telephone exchanges and early computers to perform logical operations.Relays are used for;Amplifying a digital signal, switching a large amount of power with a small operating power, A telegraph relay, repeating a weak signal received at the end of a long wire, Controlling a high-voltage circuit with a low-voltage signal, as in some types of modems or audio amplifiers etc. 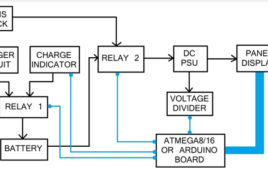 The combined protection relay is one of the relays, which basically designed to protect the user device from negative phase sequence, single phasing and also the power distribution line with the help of a differential relay. The negative phase sequence relay basically protects the devices against the reverse phase sequence and also against the unbalance phase sequence generated due to unbalance loading. Single phasing relays protect the device against the phase failure. The differential relay protects the zone of the transmission line.The specialty in this project is the design is made on 89c51 micro controller, which is faster and controls all the relays. This is static relay so no much mechanical movement is there. The response time is very fast and can be programmed for any value. The great advantage of programming is available to the user. 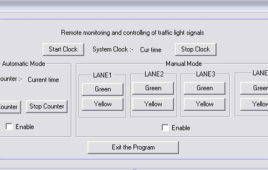 Two transistors with a common collector configuration and connected in a cascaded form constitute a Darlington Pair. While Darlington pairs can be made on a [[wysiwyg_imageupload::]]breadboard using a few electronic components, there are IC available that work as them and thus aid in making a circuit simple and easy to be operated.A darlington pair has various applications associated with it and one of them is to use it as a switch. As the transistor’s collector current is proportionally limited by its base current, it can be used as a current-controlled switch. This simple project can be used in various application like alarm circuits, in electronics control circuit to on and off the device. The short circuit detector described here can be used to detect short circuit condition on a LOAD operating at a maximum voltage of 12V. It is applicable to any portable devices working below 12V. The circuit employs a PNP transistor and a 555 Timer.  COMPONENTS: 1.      555 Timer 2.      PNP Transistor (2N3906) 3.      Relay PNP… Relay is one of the most important electromechanical devices highly used in industrial application specifically in automation. A relay is used for electronic to electrical interfacing i.e. it is used to switch on or off electrical circuits operating at high AC voltage using a low DC control voltage.Relays are available in different operating voltages like 6V, 12V, 24V etc. A relay generally has two parts a coil which operates at the rated DC voltage and a mechanically movable switch. The electronic and electrical circuits are electrically isolated but magnetically connected to each other, hence any fault on either side does not affects the other side. 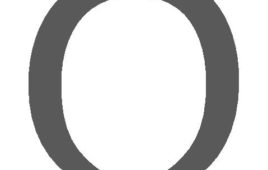 Operating an electrical/electronic device through wireless communication is very commonly required and seems very interesting. The circuit of the project [[wysiwyg_imageupload::]]described here can operate such appliances. A few salient features of the circuit are shown below:1. The circuit mainly comprises of a transmitter and a receiver component.2. Whenever a signal is received by the receiver, it activates a switch which in turn turns the appliance on.3. In this project, the transmitter component of the circuit is basically an Infrared (IR) Led which is configured to emit rays at a frequency of 38 kHz. For this purpose, NE 555 timer is used in astable mode.

Activation and control of appliances through sound has always been fascinating. Imagine entering your room and switching on your lights/fan with sound of your [[wysiwyg_imageupload::]]flick. The circuit based project described here can be used to alternately switch on and off an electrical appliance. The idea is to take sonic input through a condenser mic and control the appliance at the output through a relay. The input is amplified for better sensitivity and supplied to a counter. This counter is configured to give alternate high and low pulses to the relay which in turn controls the device connected to it.In this project, the condenser mic converts the sound signal sensed from the surroundings and converts them into the weak electrical signals and the transistor amplifying circuit amplifies the weak signals. Refer sound amplifier circuit for more details.The circuit uses an optocoupler IC 4N350 to provide pulses to the counter IC 4017. An optocoupler is a 6 pin IC which contains a led, optically coupled to a phototransistor.

During late night we often face problems from disturbances created by stray animals, unknown people and other moving objects which are quite [[wysiwyg_imageupload::]]annoying. At times such unwanted disturbances can even scare you in night.  This circuit based project presented here can protect you from such unwanted movements of people and animals. This relay control circuit detects the presence of animals and human beings and alerts them by raising a false alarm in form of light.Whenever any unwanted sound is produced, it gets detected by the sound sensor. The weak signals are amplified by the amplifying unit, which in turn signal the relay to switch on and glow the bulb to scare the intruder. The transistor T3 is used in the switch mode configuration to turn on the relay whenever some sound is detected.