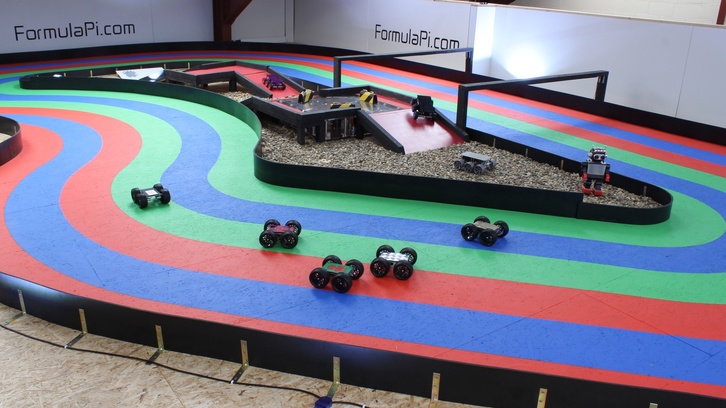 There is a large chunk of crowd that has been making hard efforts in direction of increasing the acceptance of autonomous vehicles in common world. The Piborg.org team and their leader Timothy Freeburn are the current examples of one such group. The team recently created a track in their UK based headquarters where they plan to organize an event called Formula Pi. To promote this event they have already launched a kickstarter campaign that is collecting funds for making autonomous vehicles. The supporters can always avail themselves Yetiborg robotic kits and purchase entry ticket to the event.

Previously, Freeburn launched the Kickstarter platform for launching ZeroBorg – the robots that work on the Raspberry Pi Zero software. These will also participate in the Formula Pi race. The vehicles will run on the Pi Zero and will also support the Raspberry Pi V1 and V2 cameras. Every single car will have four wheels and will be operated by six Volt Zheng DC motor. The frame for this one is carved from two millimeter aluminum plate. The track sports five turnings and three straight ways and totals at 22.9 meters in length.

The company is currently planning to launch a standard Python code that will be used by the participants from all over the world. They can edit or modify the software as per their convenience and wish. The site is also offering programming lessons for the same once the kickstarter campaign concludes. The race is slated to take place during winters from October 2016 to January 2017 and next Summer from April-July 2017.

Formula Pi is a perfect project for robotics and programming enthusiasts and calls in the racer in all engineers all over the world. The overall objective is to promote the acceptance of autonomous vehicles and bring a change in people’s perspective for these vehicles.