The study further highlights the potential of graphene that is already extensively seen as a substance that could revolutionize industries like electronics and healthcare. Graphene is a 2-dimensional sheet of carbon atoms and links numerous remarkable properties, for instance, it is highly robust, but also flexible and light, and exceedingly conductive.

Since its introduction in 2004, researchers have speculated that graphene may also have the potential to be a superconductor. Till now, superconductivity in graphene has just been accomplished by doping with it, or by substituting it on a superconducting substance, a procedure that compromises some of its other properties.

But in the novel research, scientists at the University of Cambridge managed to activate the dormant potential for graphene to super-conduct in its own right. This was accomplished by linking with a substance known as praseodymium cerium copper oxide or PCCO. Superconductors are already being employed in multiple applications as they generate huge magnetic fields they are a necessary component in MRI scanners as well as levitating trains. They could also be employed to make energy-efficient devices and power lines capable of storing energy for innumerable years.

The scientist was headed by Dr Angelo Di Bernardo and Dr Jason Robinson, fellows at the St. John’s College, University of Cambridge, alongside associates lecturer Andrea Ferrari, from the Cambridge Graphene Centre, lecturer Oded Millo, from the Hebrew University of Jerusalem, and lecturer Jacob Linder, at the Norwegian University of Technology and Science in Trondheim. 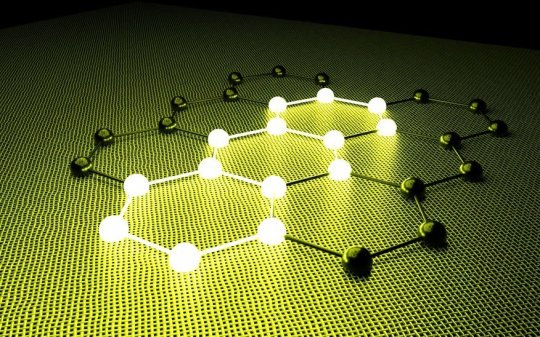 This study has further implications. For instance, it suggests that graphene could be employed to prepare a transistor like device in a superconducting circuit, and that its superconductivity could be integrated into molecular electronics. “In principle, given the range of chemical molecules that can bind to the surface of graphene, this study can lead to the development of molecule electrical devices with new fluctuations based on the superconducting graphene,” says Di Bernardo.