Continue to Site
The relationship between vehicles and tires goes back to the beginning of times when the first auto rolled out on roads over a haphazard, dusty road somewhere. But do you know tires are capable of playing several other roles than just helping in the movement of vehicles? As technology and science are evolving with every passing day, the designers are looking forward to integrating these round objects in a more creative and productive manner in automotive designs. A recent example of this was witnessed when the concept of electricity generating tires came to light. 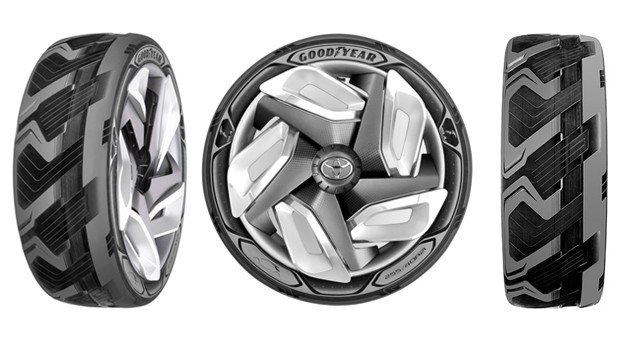 The launch took many by surprise when Goodyear launched a completely new concept of tires last year. Named as BH03, the project is working on futuristic tire concept that fantasizes the tires to generate electricity that can empower a car while it is on road. The Goodyear tires explain that BH03 tires will be capable of harnessing the heat that is created by vibrations, sun, and road friction to produce power. In order to accomplish this task, BH03 will be wrapped with a piezoelectric, thermos-reactive material that will be further covered by an outer shell.
As the heat gets inside the first layer of this thermos reactive material inside the outer shell it starts generating power. Cool, isn’t it? The quantity of power produced is still unknown. While it is yet to be known, but if it ever comes you will know how helpful it will be for hybrid and electric cars. As the range phobia is preventing people from adoption of fuel-efficient car designs, the BH03 tires will definitely play a key role in increasing the energy efficiency and range of these vehicles. But the magic number can only be imagined by everyone for now, what it will be – 500, 800, 1000 miles or more than that.
Filed Under: News