Servers are no longer limited to corporate offices and are common in homes. They can run 24×7 on any low-cost PC or microcomputer.

Microcomputers like Raspberry Pi can be configured as network-attached storage (NAS) to run as a home server, capable of managing a home network or small office.

The minimum hardware required for a home server is a computer with a sufficient hard disk or a microcomputer configured as a NAS system. There are several home server software options, many of which are open-source and free to use. More costly versions are also available, and each with pros and cons.

Choosing the ideal home-server software system can be daunting, with several key factors, including security, speed, cost, ease of use, setup options, and after-sale support.

In this article, we’ll discuss some of the top software available in 2022, including free and paid server options. 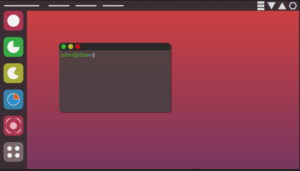 Ubuntu is one of the most common home-server software options. It’s free, open-source, and secure. You’ll need to be familiar with Linux to use it and expect manual, command-line installation. It’s a do-it-yourself home server — but that means you won’t need to rely on a service provider or a plugin developer.

Fortunately, plenty of support is available for the Ubuntu installation. After setup, the Atomic Scripts are simple and easy to use and maintain. 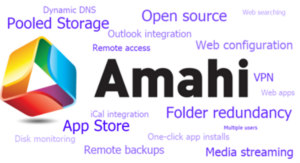 Amahi is considered a “Home Digital Assistant,” offering a secure option to store, organize, and share media files like recorded TV shows, music, and videos. It has cross-platform compatibility between desktop computers, laptops, OS, and consoles. The base system and several plugins are available without cost, but some of the plugins have a price tag. 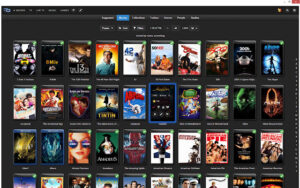 Emby offers a website builder, providing full control of the media stored on the server. It supports multiple video formats, including MP3, MP4, AVI, MPEG, WMV, and several others. It automatically detects digital living networking alliance (DLNA) devices, which means users can directly stream media (including live TV) from their smartphones or computers connected to the server. It also comes with parental. 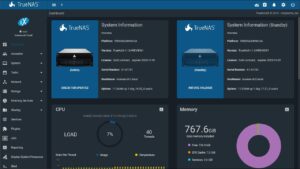 FreeNAS is a free, open-source storage source designed for cross-platform compatibility and runs through an optical disk or a pen drive. It only requires 96MB RAM to operate, making it ideal for home use. FreeNAS offers secure backup of local and cloud-based data both.

Built on FreeBSD, FreeNAS allows for data encryption and backup, supporting several file-sharing protocols, such as AFP for Apple, CIFS/SMB for Microsoft Windows, NFS for Unix devices, and FTP and WebDAV for the web. It also supports MiniDLNA. 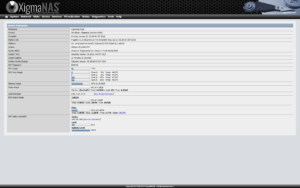 Xigma NAS is another free, open-source storage option for a home server. Like FreeNAS, it can run via a hard drive, SSD, optical disk, or pen drive. With a web-based user interface, Xigma NAS is easy to use and troubleshoot. It has a smart-monitoring feature that automatically notifies users via email if any storage or media concerns are detected. It supports file sharing with Apple macOS, Microsoft Windows, Unix devices, Android, and iOS. The database support includes MySQL, which is managed through PhpMyAdmin. Data encryption is also supported. 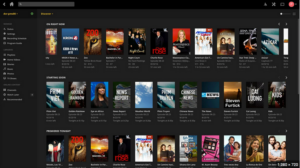 Plex is ideal if you intend to stream videos or build a streaming website. It requires no technical know-how and can be set up in minutes. It’s designed for video streaming, however, so the server has system requirements — meaning you’ll need a high-quality computer to run Plex.

Plex operates as a centralized library where several formats of videos, music, photos, and other media can be stored, organized, shared, and edited. It can be downloaded for Microsoft Windows, macOS, FreeBSD, Linux, Dockers, and several NAS operating systems.

Plex supports data encryption, watch history for each account, direct streaming of TV shows, and mobile and cloud synchronization. You can create and manage multiple accounts with sharing restrictions and parental control. 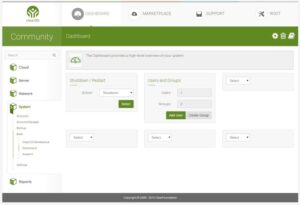 ClearOS is a Linux-based server operating system, developed by Linus Torvalds. Currently, it offers more than 100 apps and comes in a free community version and a paid professional version. It is preloaded with a small-to-midsized business server and is ideal for small IT offices.

As a home server, ClearOS has selective applications. The biggest advantage of ClearOS is its flexibility as it comes with a fully functional Linux Kernel that can be tailored according to preference. It’s easy to use and includes a free server. 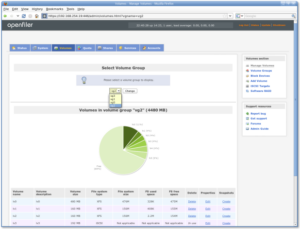 OpenFiler offers free and commercial versions. It has a Microsoft-based server edition and a Linux-based home edition. OpenFiler is a powerful server to run a full-fledged NAS system or an IP storage gateway. Unfortunately, it does not support the latest versions of macOS. It’s more of a storage operating system than a media server.

OpenFiler is worth trying if you require an industrial-level server with availability for home use. It has a web-based user interface and supports multiple file-sharing protocols with cross-platform compatibility. It also offers cost-free storage capacity expansion. Thisguide is a helpful resource for installing OpenFiler. 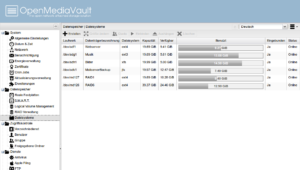 Open Media Vault (OMV) is a free, open-source, Debian Linux-based storage operating system, ideal for a home or small-office network. It has a web-based administration with multi-lingual support. OMV can be configured for multiple users and requires no networking knowledge for setup or maintenance.

Rockstor is ideal for use as a private cloud server that can be configured as home server using plugins. It’s a Linux and BTRFS-based storage operating system with advanced NAS and cloud server features. It can be set up using Raspberry Pi 4, ARM 64, or openSUS-compatible systems. It comes with a ready-to-use installer for Raspberry Pi and ARM64EFI.

Although not free, Rockstor provides strong privacy, secure data storage, encryption, and file-sharing protocols for all major platforms. A custom installer can be built using openSUSE. 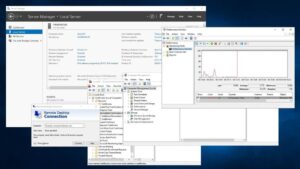 Windows Server 2019. Windows Home Server was discontinued in 2013. Those who still want to run a home server in a Windows-like environment can now use Windows Server 2019 for managing files and media in a personal home network.

Windows Server 2019 offers excellent media streaming with complete backup and is available with a lifetime license. The server can be managed remotely by a simple and intuitive user interface and maintains an image-based backup for each computer and device. The storage capacity can also be expanded by adding hard drives.

If Linux is unfamiliar to you, Amahi, Open Media Vault, and ClearOS offer simpler interfaces. Plex and Emby Media Server offer the most straightforward interfaces to work with. If you require a private cloud server as an alternative to cloud services, Rockstor is the choice. In case, you miss Windows Home Server, Windows Server 2019 is the only resort.