While it is expected that the devices will become even much smaller than before, this issue becomes more significant. Researchers at the Centre for Artificial Low Dimensional Electronic or CALDES within the Institute for Basic Science or IBS are aiming to find innovative methods at accomplishing a more stable transmission of data. One of their study interests focuses on self-reinforcing solitary wave packets known as solitons can be manipulated and outlined how to employ them for logical operations. The related studies and models introduce the way to a novel subject of electronics – Solitonics.

Physicists know that one feasible solution to the issue of signal attenuation or noise as of external interferences can come from a mathematical concept known as topology. It is concerned to properties that are not affected by an alteration in shape. For instance, a pencil and a ball are topologically the same, but distinct from a donut. It is because, with some imagination, you can transform the ball into the shape of the pencil. But, when you create a hole in the ball, it becomes an absolutely different topological object.

Holes define the topological state, they can shift within the substance, but their number does not alter even under the presence of pulling and pushing forces. A similar concept could be employed in IT to safeguard the flow of information from external interferences and impurities and guarantee its stability over longer distances and time. It seems like an amazing property but, paradoxically, it is also its own largest enemy.

The transmitted data is too stable, in a method that it is actually too intricate to use and modify. That seemed to be the sad end of the story, till IBS researchers illustrated a way to manipulate the transferred signal and possibly apply it to modern electronics. 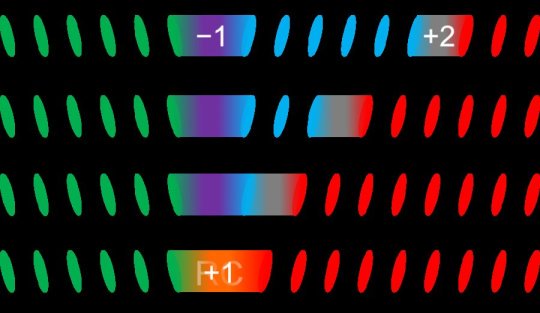 One of the core components of the physics of topological system is the soliton, an extremely stable solitary wave packet of energy that travels though some 1D substances without losing its energy and shape, a bit such as tsunami wave. Researchers instigate to study topological solitons in the 80’s, but were deterred by the seemingly impossibility of manipulating them.

Such three sorts of solitons can also be illustrated by digits, like 1, -1 and 2 and the situation without solitons as zero ‘0’ forming a quaternary mathematical system. The four digits can then be employed for mathematical computations.

Quaternary digit systems and multidigit systems in general, have numerous benefits over the binary 0 and 1 system that we are presently employing. They enable more operations and information storage in less space and they could offer us a step closer to brain-like equipment, which copy the way data is computed and stored by our neuronal circuits.